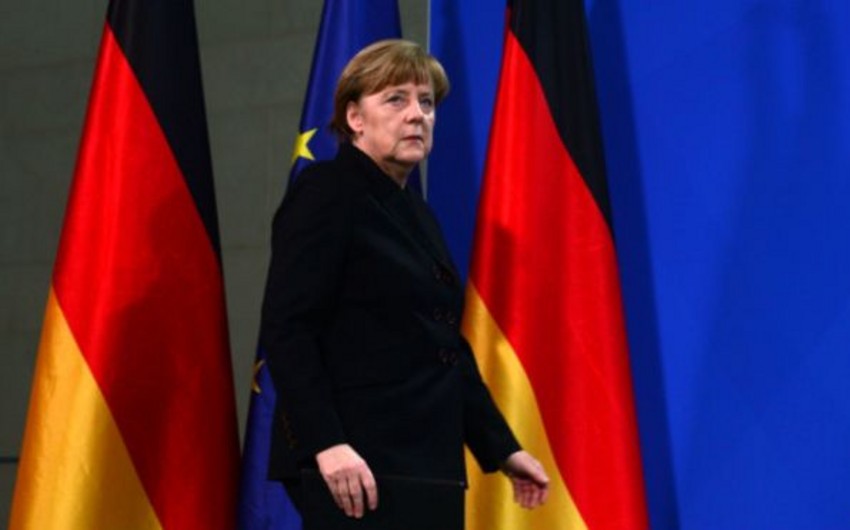 Baku. 21 May. REPORT.AZ/ German Chancellor Angela Merkel has said that closer ties between the EU and former Soviet states in Europe do not amount to enlargement.

“The EU’s is not aimed against anyone… particularly it is not against Russia,” Merkel said on Thursday during a two-day EU summit in Riga.

Report informs referring to the foreign media,Merkel said the meeting with 'Eastern Partnership' countries – Ukraine, Georgia, Belarus, Moldova, Armenia and Azerbaijan – would be an opportunity to further develop ties.

She tried to ease Russian concerns over the EU’s close cooperation with countries in its immediate neighborhood, but also criticized Moscow for its policy towards Ukraine and its annexation of Crimea.

“First of all, the Eastern Partnership is not an instrument of enlargement. There should not be expectations which we would not be able to meet in future,” Merkel said.

She claimed that the goal of Eastern Partnership was closer political ties and economic integration, but it was not a process for full EU membership.

Merkel also said members of the Eastern Partnership had different priorities and expectations from closer cooperation with the EU, and therefore Europe would develop individual policies towards each partner state.

“Thirdly, there is no either/or relationship between closer ties with the EU, and Russia’s willingness to have closer partnership with these countries,” Merkel said.

Latvia, which holds the term presidency of the Council of the EU, is hosting the Eastern Partnership Summit in Riga on Thursday and Friday.

The summit will bring together the head of states from 28 EU member states and six Eastern Partnership countries.