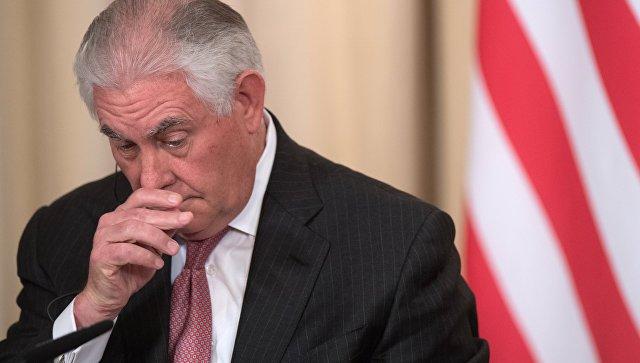 Baku. 14 March. REPORT.AZ/ In a private room in China’s Great Hall of the People in November, Secretary of State Rex Tillerson sat with President Donald Trump and other US officials as their hosts delivered plates of wilted Caesar salad. So he ordered Mr. Tillerson to start eating salad.”

"Donald Trump, in the midst of a five-country tour of Asia, grew concerned the untouched greens would offend the Chinese, according to people familiar with the matter. So he ordered Mr. Tillerson to start. “Rex,” he said, “eat the salad”, the edition stated.

He is replaced by Mike Pompeo.