Media: Qatar residents buy food and water in expectation of deficit In the area of the Saudi-Qatar border, heavy trucks are accumulated that can not enter territory of Qatar 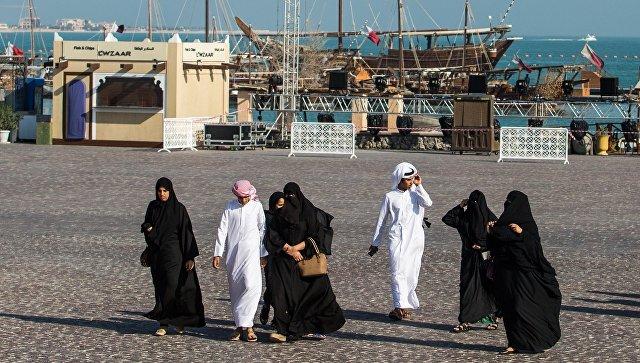 Baku. 5 June. REPORT.AZ/ Residents of Qatar are hastily buying food and drinking water amid the rupture of diplomatic relations with number of countries. Report informsnews portal Youm7 writes."Residents rushed to all nearby grocery stores and supermarkets, buy up milk, water, rice, eggs.

Products are taken from stores by cars, the shelve are immediately emptied after the news about the closure of the borders with Saudi Arabia, through which a large flow of food was going, "eyewitnesses reported.According to them, "nothing like this has ever been seen."

According to the Al Jazeera TV channel, in the area of the Saudi-Qatar border, heavy trucks are accumulated that can not enter the territory of Qatar.

Notably, today, Saudi Arabia, Bahrain, the United Arab Emirates and Egypt cut diplomatic ties with Qatar and moved to close off access to the Gulf country over what they say is the country's support of terrorism.After them, Yemen, Libya and the Maldives also announced the break of diplomatic relations with Qatar.