Man who slapped Macron kept weapons, Mein Kampf at home The man who slapped the French President Emmanuel Macron is a "Hitler-loving fanatic" as "weapons, and a copy of Mein Kampf" were found at his home. 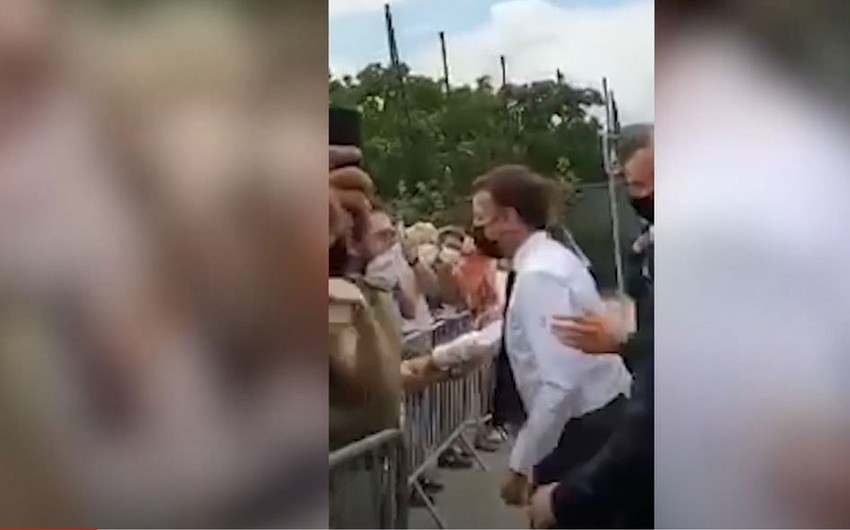 The man who slapped the French President Emmanuel Macron is a "Hitler-loving fanatic" as "weapons, and a copy of Mein Kampf" were found at his home, informs, citing .

Detectives swooped on the home of the man – identified only as Damien T. - shortly after he was arrested for the violent and foul-mouthed attack on the 43-year-old head of state on Tuesday.

"The assailant's home was raided and weapons and a copy of Mein Kamf were seized" said an investigating source.

Shocking footage showed the man dressed in a green t-shirt, glasses and a face mask shouting "Down with Macronia!" before slapping Macron's face.

Damien T. is in custody and is facing up to three years in prison and a fine equivalent to some £40,000, the source added.

According to Le Parisien, he is a medieval times enthusiast who dresses up in costumes of that era and takes part in re-enacments as it appears from his Instagram profile.

A source told the outlet he lives "in a kind of parallel world made of role-playing games, simulations of medieval fights."

A second man identified as Arthur C is also in custody for swearing at the President and shouting "Down with Macronia!" – a reference to the Macron administration, which is in its fourth year.

Both men were also shouting Royalist slogans linked to far-Right movements in France.

Mr. Macron was trying to shake hands with members of a crowd in the town of Tain-l'Hermitage, in the Drome department of South East France, when the attack happened.