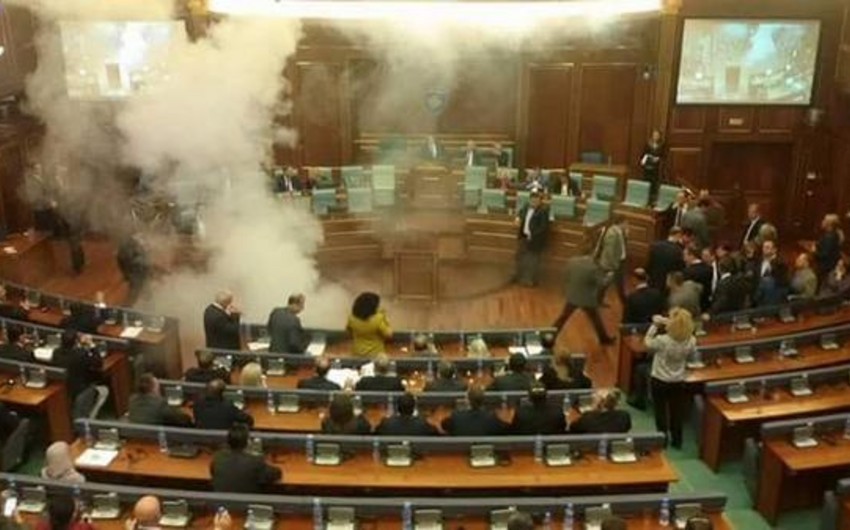 Baku. 8 October. REPORT.AZ/ An opposition politician in Kosovo has set off what appeared to be a smoke bomb in parliament, amid a deepening standoff over an EU-brokered deal to improve ties between and its former southern province, Report informs referring to Reuters.

Albin Kurti, leader of the Self-Determination party, triggered the device before kicking it around the chamber to spread the smoke. There was no immediate confirmation from police of what device was used. Self-Determination described it as a gas canister.

Kurti, a former student protest leader against Serbian rule in the 1990s, is leading opposition to a slow-moving rapprochement between Pristina and Belgrade, mediated by the EU as a way to cement stability in the former Yugoslavia.

Nato went to war with 78 days of airstrikes in 1999 to halt the killing and expulsion of ethnic Albanian civilians in Kosovo
by Serbian forces trying to crush a two-year guerrilla insurgency.

In 2008, Kosovo declared independence and has been recognised by more than 100 countries. Serbia and its powerful ally Russia are blocking its accession to the UN.

Kurti and his followers are angry at the Kosovo government’s acquiescence to a deal creating an “association” of municipalities where minority Serbs live, saying this represents a creeping return to rule from Belgrade.

“No one has the mandate nor the right to bring Serbia back into Kosovo,” an opposition bloc which Kurti is part of said in a statement. “We will not let this happen.” 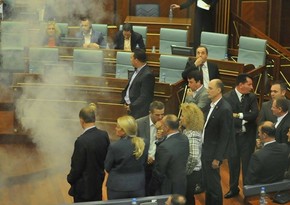