Johnson: UK to leave EU by October 31, despite opposition from parliament

Johnson: UK to leave EU by October 31, despite opposition from parliament Johnson said he had looked at the consequences of a no-deal Brexit, and "wanted to find a deal". 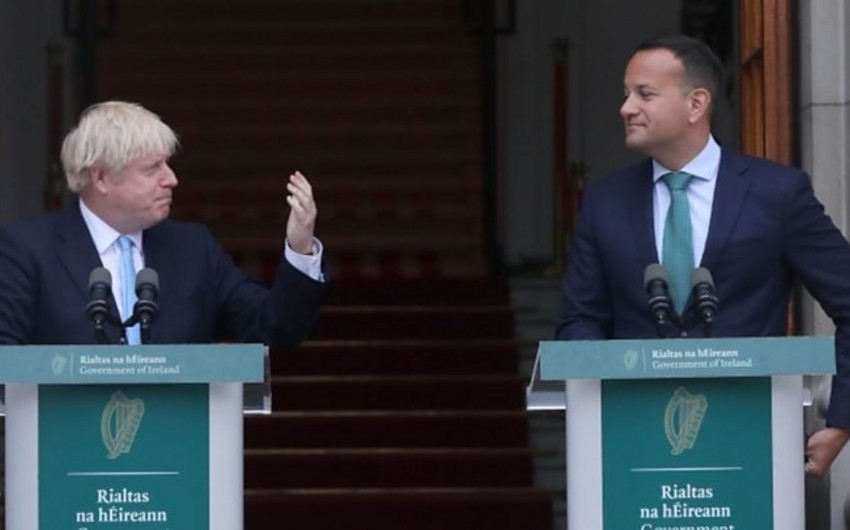 UK's position on the peace process is "unshakeable" but insisted "permanent damage" would be done to UK democracy if they don't leave the EU by October 31, UK Prime Minister Boris Johnson said during a joint press conference with Irish prime minister Leo Varadkar at Government Buildings in Dublin.

Johnson said he had looked at the consequences of a no-deal Brexit, and "wanted to find a deal".

"We must restore Stormont and we must come out [of the EU] on 31 October, or else permanent damage will be done in the UK to trust in our democratic system," he added.

The two leaders spoke privately for half an hour before joining their delegations for another half-hour meeting, said a joint statement.

"While they agreed that the discussions are at an early stage, common ground was established in some areas although significant gaps remain," it added.

Varadkar added that organising trade deals with the US and other governments would be a "Herculean task".

"We do want to be your friend and ally in doing so," he added.

"I am ready to listen, but what we will not do is replace a legal guarantee with a promise."