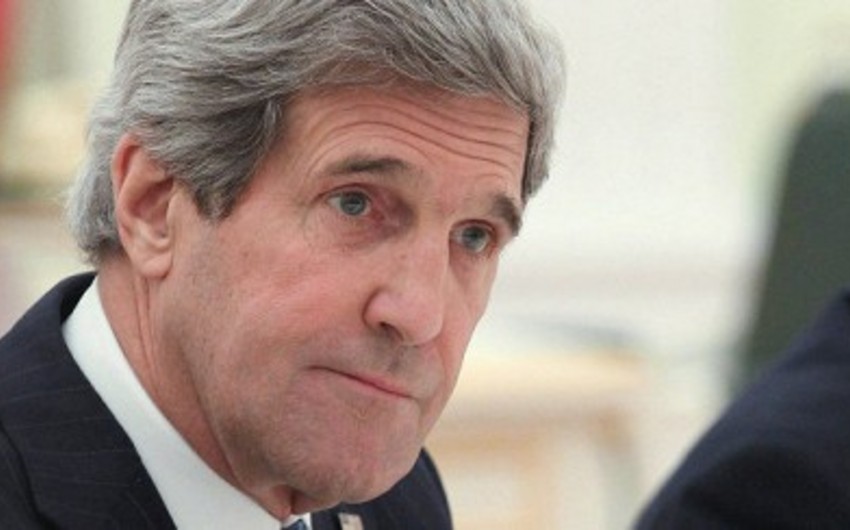 Baku. 12 January. REPORT.AZ/ Secretary of US State John Kerry has been involved in a minor car accident in India, his spokeswoman has said, Report informs citing foreign media.

No injuries were reported in the accident, which occurred as Mr Kerry's motorcade was headed to the airport in Ahmedabad.

The accident resulted in some damage to two cars, one of which was switched out, and the motorcade carried on to the airport.

"During the drive to the airport in Ahmedabad, India, two cars in the motorcade had a minor traffic accident resulting in some damage to both cars," spokeswoman Jen Psaki said in a statement.

J.Kerry was in India to participate in an international investment conference, and to prepare for President Barack Obama's trip to the country this month.