Jerusalem to continue under Israel's control: Netanyahu Israeli premier added that any government he would lead in the future after Israel's snap general election 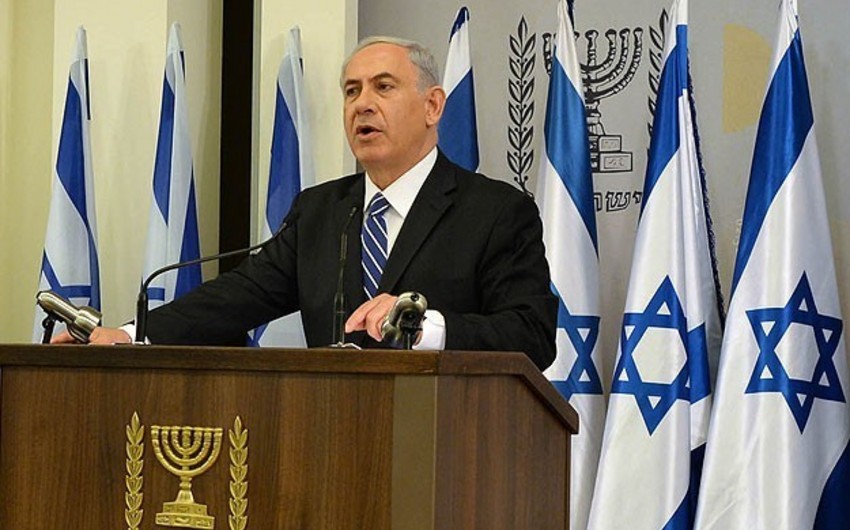 Baku. 16 March. REPORT.AZ/ Israeli Prime Minister Benjamin Netanyahu said Sunday that his future government would not make any withdrawals and that it would continue to put Jerusalem under Israel's control.

Report informs referring to the foreign media,addressing tens of thousands of Israelis at a rally in central Tel Aviv, the Israeli premier added that any government he would lead in the future after Israel's snap general election would not offer any concessions.

He said his government would not divide Jerusalem either, but would continue to put the old city as a whole under Israel's control.

Israel should hold its snap general election on Tuesday. Campaigning for the election came to an end on Sunday.

Netanyahu told assembled Israelis at central Tel Aviv's Rabin Square that he was addressing them as the prime minister of all Israelis, including those who opposed him.

International law considers the West Bank and East Jerusalem occupied territories captured by Israel in 1967, deeming all construction of Jewish settlements on the land illegal.

Since its establishment 66 years ago, Israel has continued to misappropriate Palestinian land in the West Bank – on which it continues to build Jewish-only settlements – in breach of international law.

Palestinians, for their part, demand the establishment of an independent Palestinian state in the Gaza Strip and West Bank, with East Jerusalem – currently occupied by Israel – as its capital.