Jakarta police: '14 terrorists were involved in yesterday's attack' The first blast reportedly took place at a Star Bucks cafe in Jalan Thamrin across Sarinah Plaza, the second near Sarinah mall
215 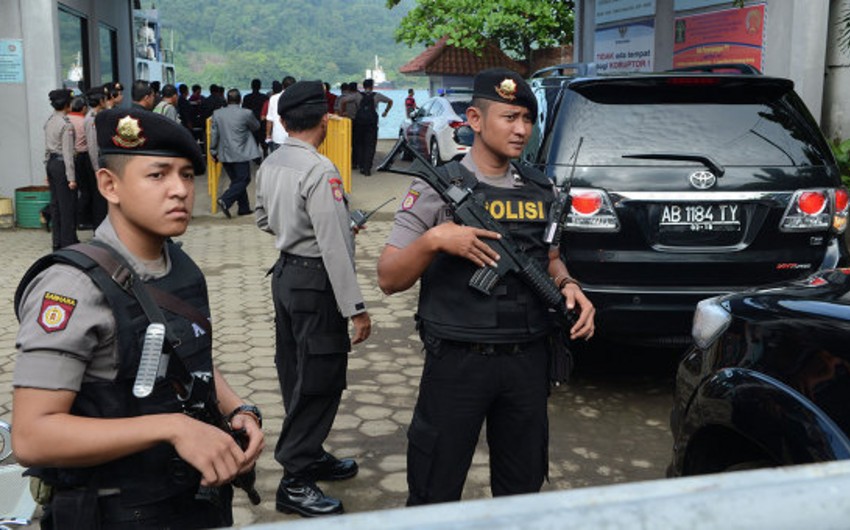 Baku. 14 January. REPORT.AZ/ Police said they suspected a suicide bomber was responsible for at least one of the blasts and up to 14 militant gunmen were involved in the attack, Report informs referring to the foreign media.

Indonesia’s President Joko Widodo termed the Jakarta blasts as an ‘acts of terror’.

The first blast reportedly took place at a Star Bucks cafe in Jalan Thamrin across Sarinah Plaza. The second blast took place outside a a police kiosk located near the Sarinah mall. There is no confirmation as yet on whether the third blast that took place in that locality was a grenade or a suicide bomber. No organisation has claimed responsibility for the attack.

Indonesian network TVOne reports that besides the blasts near Sarinah mall, three other blasts took place at Cikni, Silpi and Kuningan neighborhoods, near the Turkish and Pakistani embassies.

“We have previously received a threat from Islamic State that Indonesia will be the spotlight,” police spokesman Anton Charliyan told reporters. But he said police did not know who was responsible.

He said three policemen and three civilians had been killed.