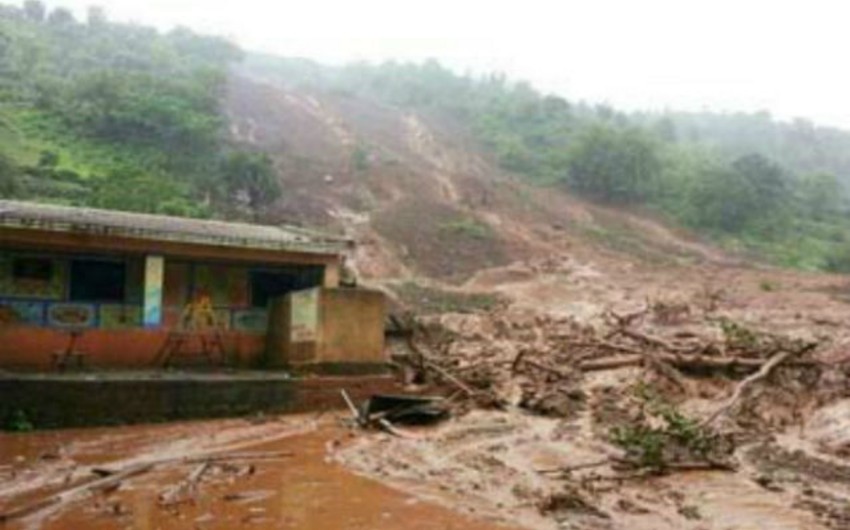 Rescue workers are searching for other people feared trapped in the debris.

The landslide hit a camp housing construction workers in Tawang district, a tourist spot in the state, early on Friday.

Landslides are common in parts of India but usually occur during the monsoon rains from June to September.

The workers, who were building a hotel, were asleep when the landslide hit their camp in Tawang district, located at an altitude of more than 3,000m.

"Three labourers survived and have received minor injuries. A total of 20 workers were at the spot when the massive landslide struck the construction site," Anto Alphonse, superintendent of police for Tawang, told AFP news agency.

There have been heavy rains in the Himalayan state of Arunachal Pradesh, which lies on the Tibetan border and is claimed in part by China.