How nanny and kids survive Beirut explosion Footage of a powerful blast in the Lebanese capital, Beirut, was caught on surveillance cameras in the apartment. A video shows three children miraculously surviving the Beirut explosion along with their nanny
1296 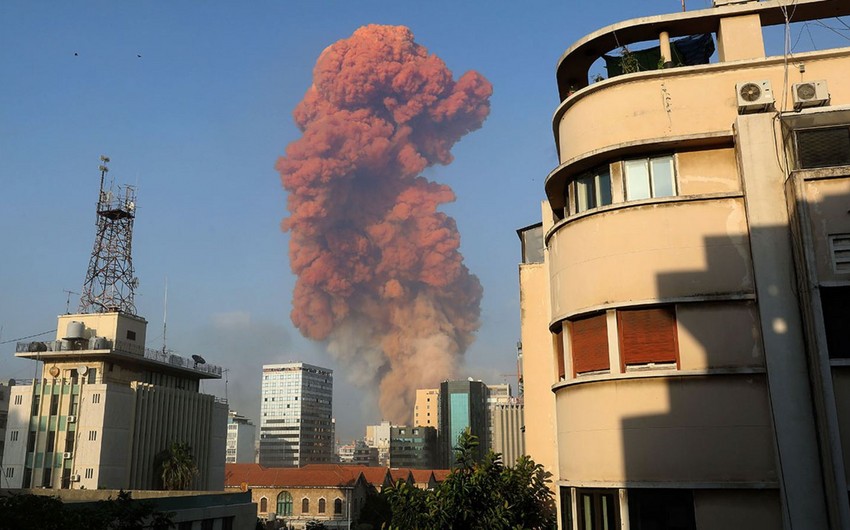 Footage of a powerful blast in the Lebanese capital, Beirut, was caught on surveillance cameras in the apartment, Report says.

A video shows three children miraculously surviving the Beirut explosion along with their nanny.

Two of the boys were scared and astonished by the unfolding incident near their house.

One of the children was pointing at the window and screaming. The child and his brother were anxious and surprised to see the fire.

The babysitter, who was carrying a baby in her arms, hurried in to learn what was going on.

The babysitter sat next to the screaming child. The video shows the children distancing themselves from the window.

When the massive explosion hit the area, the window of the children’s apartment shattered.

The third child fell under the glass. It took the four a moment to realize what had happened before leaving the spot, panicked.

Twin explosions caused a humanitarian crisis that killed more than 100 and wounded approximately 5,000 others.

The blast also damaged properties and vehicles, and the crisis left 300,000 people homeless.

The Lebanese government has declared a two-week state of emergency. According to the Associated Press, it has put Beirut port officials under house arrest and opened an investigation into the storage of explosive materials.

Lebanon is now in a three day mourning period to show compassion for and solidarity with relatives of people who lost their lives.