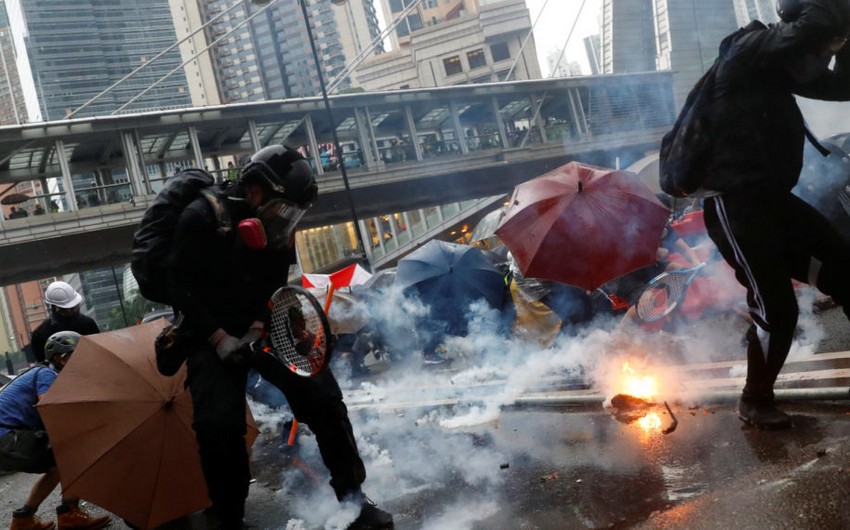 Protesters demonstrated at multiple locations across Hong Kong on Tuesday (Oct 1), while China celebrated 70 years of Communist party rule with a massive parade in Beijing.

Thousands joined the main march in Causeway Bay, despite being denied permit by the police and the whole city being put in a state of unprecedented lockdown.

Barricades were up and stores were shuttered amid heavy police presence in the city centre, as authorities scrambled to ensure protests do not overshadow China's National Day celebrations in Beijing.