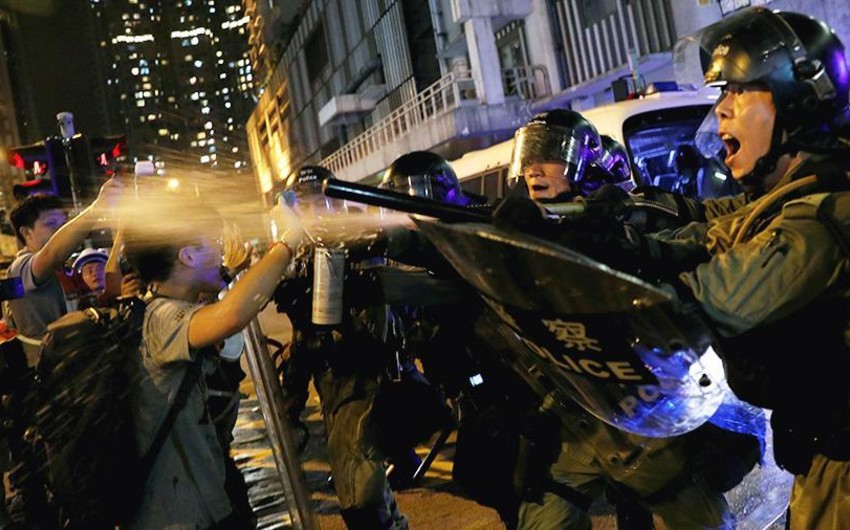 Police also surrounded the Legislative Council, where a bill was due to be debated that would criminalize disrespect of the Chinese anthem, amid soaring tensions over perceived threats to the semi-autonomous city’s freedoms.

People of all ages took to the streets, some dressed in black, some wearing office clothes, and some hiding their identities with open umbrellas in scenes reminiscent of the unrest that shook the city last year.

Police said they had arrested at least 16 people on Wednesday, aged 14-40, for alleged crimes including possession of offensive weapons, possession of tools for illegal use, and dangerous driving.

Protests have returned to the streets of Chinese-ruled Hong Kong after Beijing proposed national security laws aimed at tackling secession, subversion, and terrorist activities. The planned laws could see Chinese intelligence agencies set up bases in the semi-autonomous city.

Protesters in a downtown shopping mall chanted, “Liberate Hong Kong! Revolution of our times” and “Hong Kong independence, the only way out,” but dispersed as lookouts shouted a warning to “go shopping!” at the sight of police vans outside.