Hong Kong Parliament canceled upcoming meetings During the incident, none of the security staff of the building was injured. 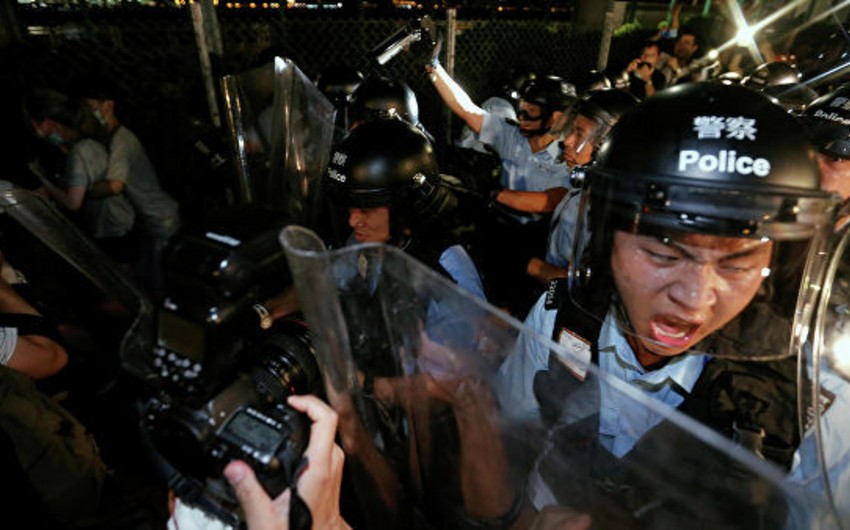 The Legislative Assembly of Hong Kong has condemned the storming of its building, by a group of demonstrators, angry over a controversial extradition bill supported by Hong Kong leader, Carrie Lam, the meetings scheduled for the next two weeks were canceled, Report informs citing RIA Novosti.

"The building of the legislature has been subjected to assault and serious damage. Currently, police officers are collecting evidence in the building. The legislature condemns this brutal violence, which undermines the fundamental values of Hong Kong," Parliament's website said in a statement. The Secretariat and the Department of Architecture intend to conduct a thorough check of the inflicted damage and will submit a report to a special commission. According to reports, the system of power supply and fire safety of the building has been damaged. The statement notes that the two meetings of the parliament, which were to be held before the beginning of the summer holidays in mid-July, are canceled.

None of the security staff of the building was injured in the incident.