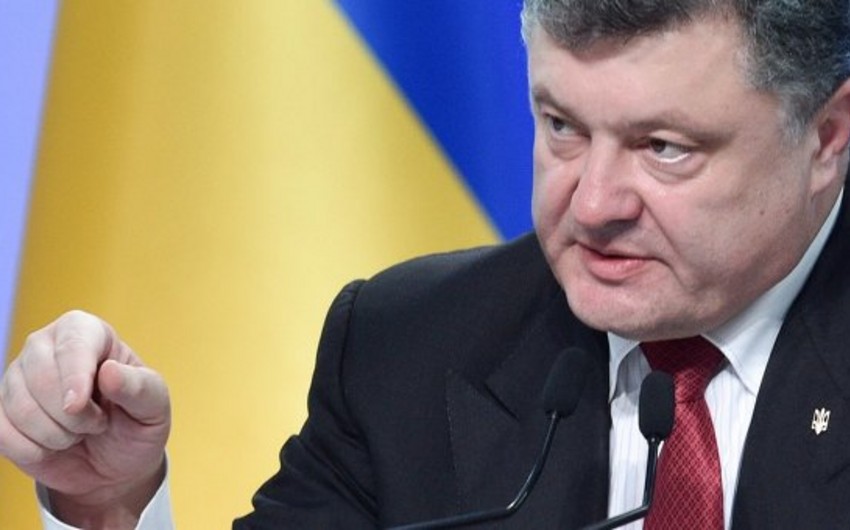 Baku. 23 December. REPORT.AZ/Leaders of Ukraine, Germany, France and Russia have agreed to have new round of meetings of the Contact Group in Minsk on Wednesday and Friday (December 24 and 26, respectively), the press service of Ukrainian President Petro Poroshenko said late on Monday.

“The leaders agreed that it is necessary to fulfill all the provisions of the Minsk agreements, including the ones on ceasefire, on the disengagement line that was fixed in the Memorandum of September 19, on pullout of troops and heavy weaponry, and on immediate release of all hostages,” the press service said

“The leaders of the four states agreed on next meetings of the Contact Group in Minsk on Wednesday and Friday,” the press service added.

Report informs citing Russia mass media, The parties to the Ukrainian conflict agreed on a ceasefire at OSCE (Organization for Security and Cooperation in Europe)-mediated talks on September 5 in Belarusian capital Minsk. Two weeks later, the Contact Group on Ukraine comprising representatives of Ukraine, Russia and the OSCE adopted a memorandum outlining the parameters for the implementation of commitments on the ceasefire in Ukraine laid down in the Minsk Protocol of September 5.

The document contains nine points, including in particular a ban on the use of all armaments and withdrawal of weapons with the calibres of over 100 millimetres to a distance of 15 kilometres from the contact line from each side.