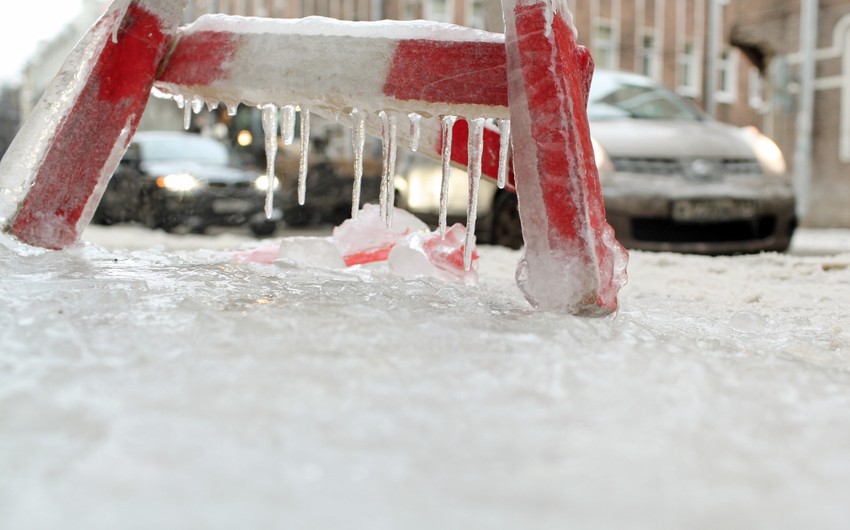 French weather forecasters have declared the penultimate ("orange") level of weather hazard in 17 departments in the west and east of the country due to frost and freezing rain, the National Meteorological Service Meteo France said, Report informs.

On Saturday morning, according to meteorologists, in Strasbourg, the thermometer dropped to -7 degrees Celsius in Paris, Tours, and Bourges - to -4."During the day, 0 to -2 degrees Celsius is expected in the departments of Aube, Yonne, Haute-Marne, and Cote d'Or," Meteo France said. According to forecasters, " low temperatures in many regions of the country will continue until Sunday."

The weather service stressed that "Freezing rains are also possible during Saturday in Brittany in the west of France, which will then spread to the country's eastern part." Forecasters urged motorists to exercise caution, as "in some places, ice will form on the roadway."

On Sunday night, the temperature in some regions of France will drop to -12 degrees Celsius. "On February 14, frosts will continue to be severe. Any notable changes in the weather are not expected," Meteo France added.