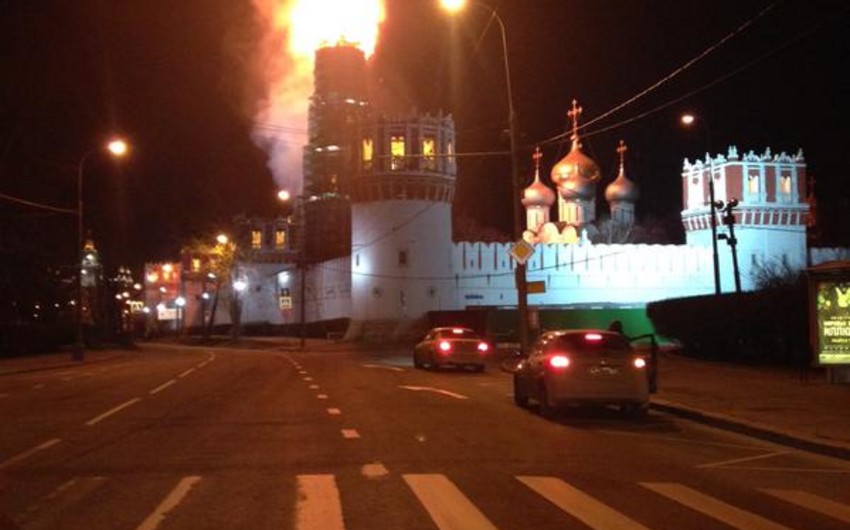 Baku. 16 March. REPORT.AZ/ The Novodevichy Convent is one of the most important tourist attractions in Moscow. Named a UNESCO World Heritage Site, it is also the site of a famous cemetery, where many prominent Russian individuals are buried.

Report informs referring to the Sputnik News,the cause of the fire is unknown but the church has been under renovation with construction material covering the the bell tower. The blaze tore up the wooden scaffolding that rose up the 40-foot building. The scaffolding eventually collapsed.

There were no casualties, officials said. They added it took 113 people to finally put the fire out.