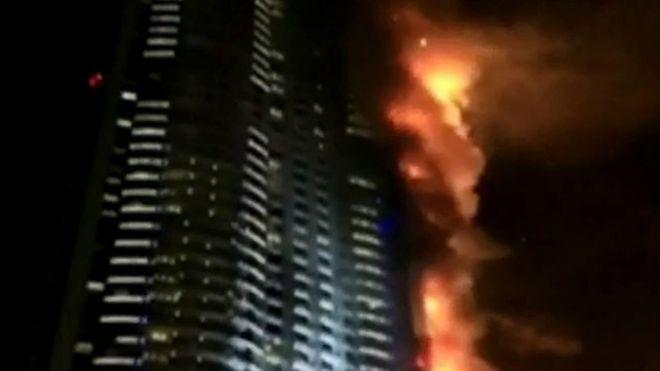 Baku. 29 March. REPORT.AZ/ A fire engulfed an apartment high-rise in the United Arab Emirates city of Ajman, sending flames up the height of the building in a scene eerily reminiscent of a similar fire from just a few months ago.

Report informs citing the foreign media, the fire struck one of the 12 buildings of the Ajman One complex in Ajman, a city about 25 miles northeast of Dubai. The fire has injured five people.

Information provided by the foreign media indicates that the building was fully evacuated, but police have not reported on any casualties yet as rescue operations continue.

It's the third high-rise fire the UAE has seen in a little over a year. On Dec. 31, 2015, a fire broke out at Dubai's 63-story Address Hotel shortly before a New Year's Eve fireworks spectacular was to take place. More than a dozen people were injured in that blaze.