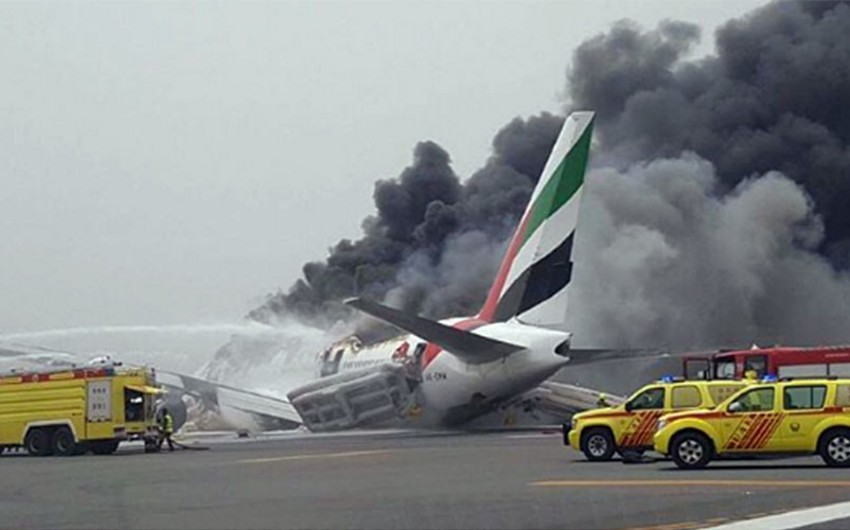 Baku. 3 August. REPORT.AZ/ Videos posted in the Internet depicted the landing of Boeing-777 airliner at the airport in Dubai.

Report informs, one of them shows an explosion, presumably, the aircraft's engine.

Baku. 3 August. REPORT.AZ/ An Emirates airline flight from India has crash-landed at Dubai International Airport with almost 300 people on board.

Report informs citing the RIA Novosti, European Organisation for the Safety of Air Navigation (EUROCONTROL) informed. The Boeing 777 was reportedly flying from the Indian city of Trivandrum to Dubai.

Emirates airlines said there were 275 passengers and crew on board.

"Our main priority now is the safety and well-being of all involved," the airlines said.

All departures from Dubai international airport have been delayed until further notice, the Dubai authorities said, adding that the emergency services were dealing with the situation.