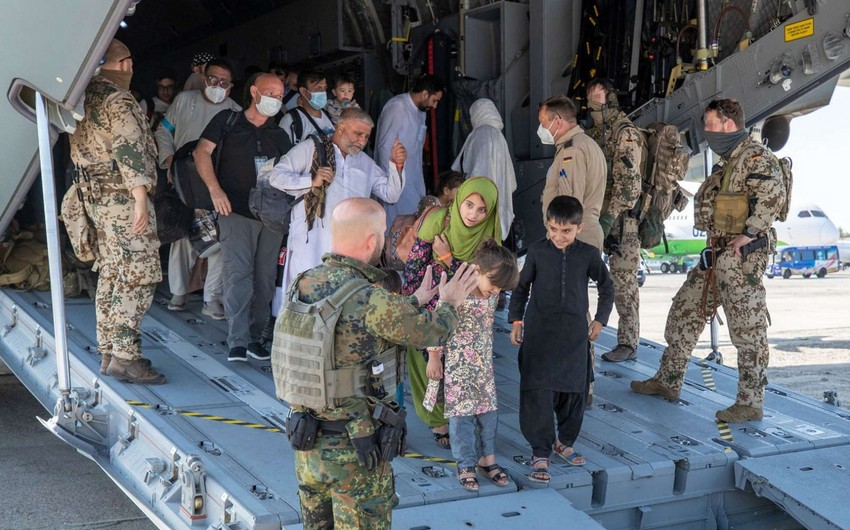 German Ministry of Defense has evacuated 500 people from Afghanistan since the Taliban came to power, Report informs, citing Defense Ministry.

According to information, not only the citizens of Afghanistan but also German citizens have also been evacuated. Airbus A400 plane of Germany Army has carried out two Kabul-Dushanbe flights. Later on, the plane flew to Berlin.

The Afghan citizens were met by Berlin Immigration Office, the German Red Cross Society, and police.

The Federal Office for Migration and Refugees told Report that the refugees will be accommodated in 16 provinces of Germany.

Some buildings used as dormitories in many German cities and closed for a long time have been reopened. In North Rhine-Westphalia, two large hotels have been leased by councils.

According to the German media, the federal government is planning to receive about 10,000 refugees. However, this issue has not been confirmed by the government members.