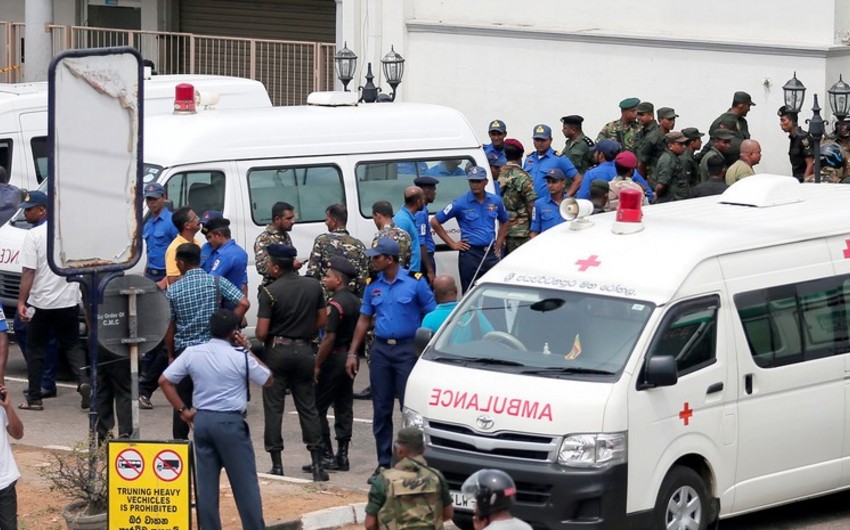 The death toll in the series of explosions in Sri Lanka has reached 310, 480 more were injured, Report informs citing RIA Novosti.

A series of explosions hit Sri Lanka on Easter Sunday with the first six in three temples and three hotels of the country, the seventh committed in the island's west and the eighth one in the residential complex in Colombo outskirts. According to local media, the attacks were committed by the suicide bombers. On Monday a new explosion happened near a church that was previously hit on Sunday.

Sri Lankan authorities declared April 23 as the day of mourning for the victims of the terrorist attacks.