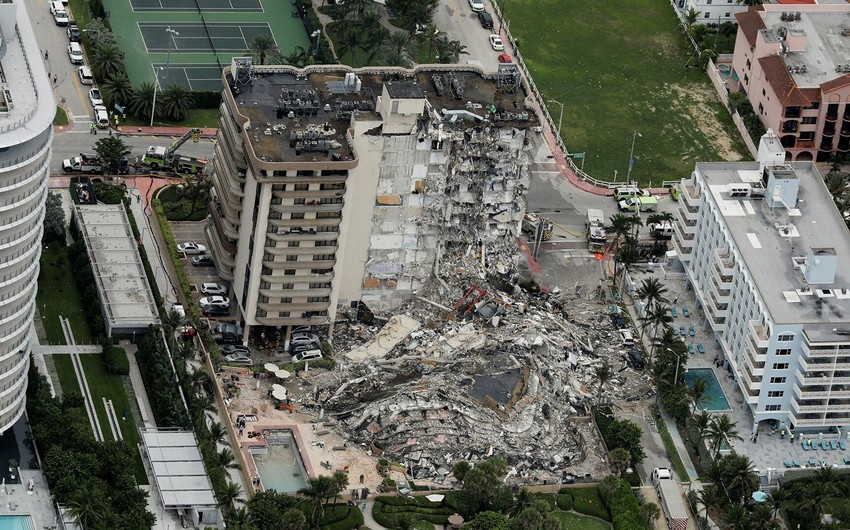 Crews have recovered the body of another victim in Surfside, bringing the death toll from the Champlain Towers South collapse to 97, Miami-Dade County's Mayor Daniella Levine Cava said, Report informs.

He said that rescue teams removed the bodies of two more people under the rubble in the avalanche.

The latest victim to be identified Wednesday is Luis F. Barth Tobar, 51. His body was recovered on Saturday.