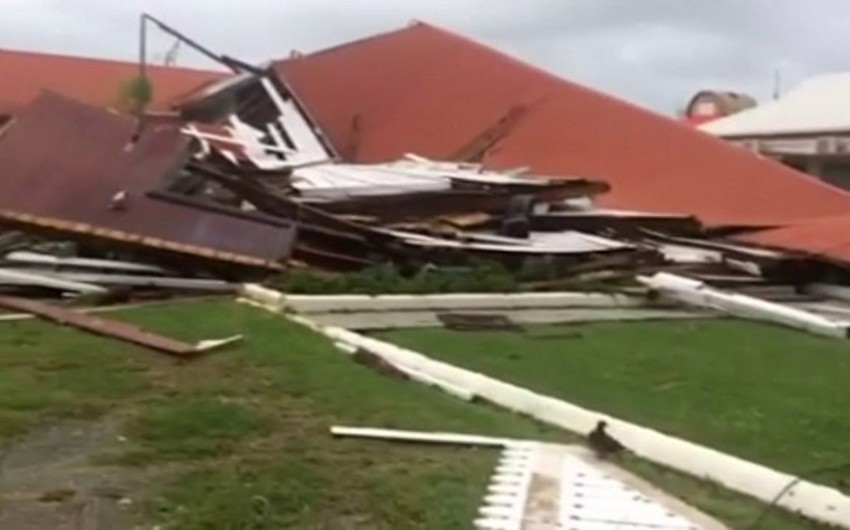 Baku. 13 February. REPORT.AZ/ The Pacific nation of began cleaning up damage Tuesday from a cyclone that destroyed its Parliament House built over 100 years ago, as well as homes and churches, and was intensifying as it headed toward nearby .

Cyclone Gita caused power outages after tearing through the island nation just south of the capital, Nuku'alofa, with winds exceeding 200 kilometers per hour (124 miles per hour) at landfall. Some 5,000 people stayed in evacuation centers overnight, according to officials, and an emergency was declared.

In total, according to emergency services, disaster has affected 70% of the island's population, at least three people were injured.