Current President of Brazil Dilma Rousseff elected for a second term She gained approximately 51.5% of vote
900 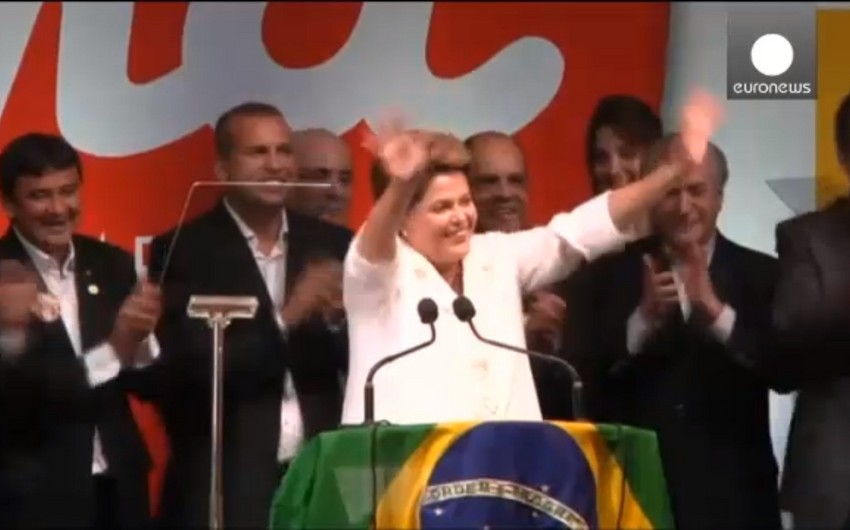 Report informs citing Euronews, according to the Election Commission, she gained approximately 51.5% of vote in the second round.

The Victory of Dilma Russef was already confirmed by the country's Supreme Electoral Tribunal.

Rousseff urged citizens "to dialogue and unity in interests of the fatherland and the people" in her victory speech and promised to carry out political reforms to improve the efficiency of all branches of government.

Dilma Rousseff's rival in the second round, the Chairman of the Brazilian Social Democratic Party Aesiu Nevish enlisted the support of approximately 48.5% of the voters.

He acknowledged his defeat during counting the ballots.