Brown bears return to Chernobyl after a century away

Brown bears return to Chernobyl after a century away Brown bears had not been seen in the area for more than a century, although there had been signs of their presence.
2529 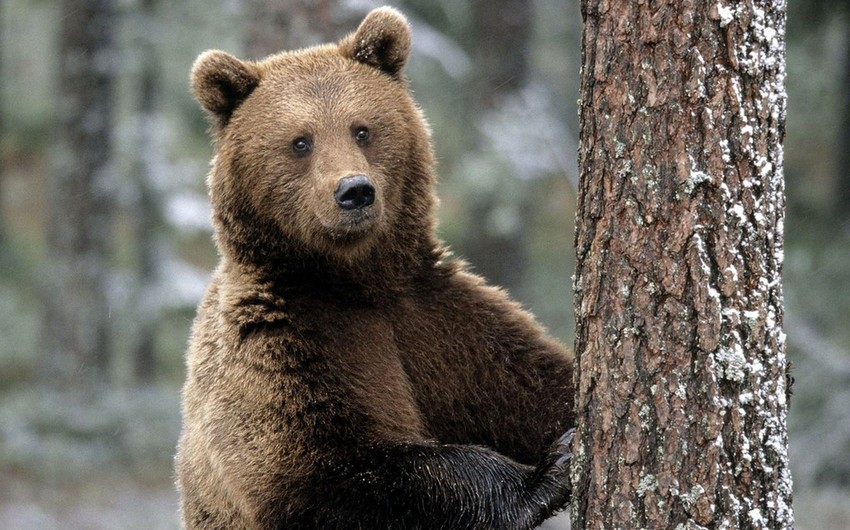 Baku. 30 November. REPORT.AZ/ Scientists have captured what is believed to be the first photographic evidence of brown bears within the Chernobyl Exclusion Zone (CEZ), informs Report citing BBC.

Brown bears had not been seen in the area for more than a century, although there had been signs of their presence.

The exclusion zone was set up after an explosion at the Chernobyl nuclear power plant in Ukraine in April 1986.

"Our Ukrainian colleague, Sergey Gashchak, had several of his camera traps running in one of our central areas over the past few months in order to start to get a feel for what (wildlife) was there," explained project leader Mike Wood from the University of Salford.

He told BBC News that data retrieved from one of the cameras in October contained images of a brown bear.

"There have been suggestions that they have existed there previously but, as far as we know, no-one has got photographic evidence of one being present on the Ukrainian side of the exclusion zone," Dr Wood said.

"We are basically working on the assumption that as you move people out of the equation and human pressure and disturbance is removed, then any animals that have a corridor into the exclusion zone find they are suddenly away from the pressures and dangers presented by people."

Following the April 1986 explosion - described as the world's worst nuclear power plant accident - more than 110,000 were moved from their homes as a 30km-radius exclusion zone was established around the damaged nuclear reactor.

In the subsequent years, the area has provided a valuable source of data for scientific research into the impact of radioactive contamination.

Dr Wood's team's project is part of a five-year research programme called Transfer, Exposure, Effects (Tree), which will aim to "reduce uncertainty in estimating the risk to humans and wildlife associated with exposure to radioactivity and to reduce unnecessary conservatism in risk calculations". Most of the fieldwork will be carried out within the Chernobyl Exclusion Zone.

In order to get a comprehensive overview of what species are found in the CEZ, the team has identified three different areas: high, medium and low contamination.

Each area has a radius of 5km, containing 84 randomly generated locations where the cameras will be deployed. At any one time, 14 cameras will operating in each area.

The team will focus its attention on larger mammals, explained Dr Wood: "As you can imagine, a lot of the areas within the exclusion zone are very overgrown.

"What we have to do when we are setting up these cameras is that we have got to clear the area a bit to make it possible to get photographs of passing animals.

Dr Wood and the team will continue to operate remote camera traps in the CEZ as part of the first stage of the project until late 2015.