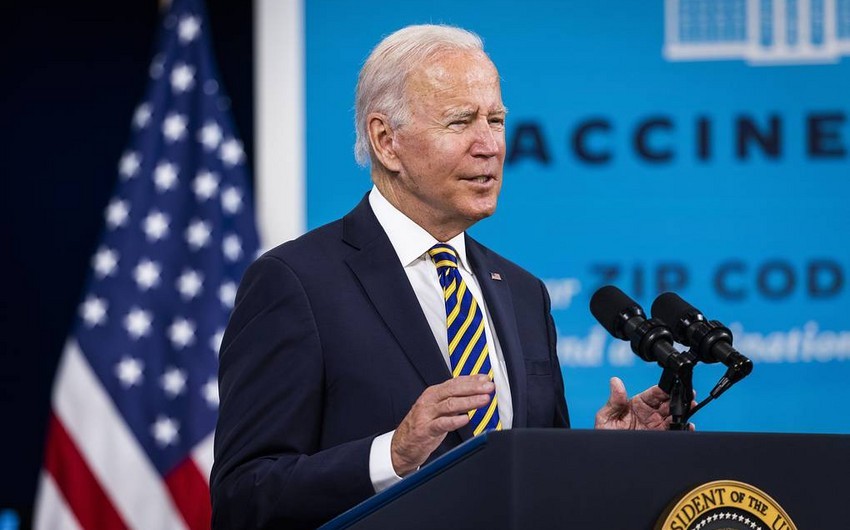 The existential threat to humanity is climate change; an increase in global temperature by more than 1.5 degrees Celsius can lead to irreversible consequences, US President Joe Biden said at a public meeting in Baltimore (Maryland), Report informs referring to the White House website.

“The existential threat to humanity is climate change. And when President Trump pulled out of the Paris Accord - which, when I was with the Obama administration, we helped negotiate - the agreement was that we could not - if we reached beyond 1.5 degrees Celsius increase in temperature, we’re gone. Not a joke. Not a joke. And so, we decided that - he pulled out. First thing I committed to do is rejoin that accord, number one,” Biden said.

“But number two - number two: What you have to do is you look at - there’s multiple ways in which we can deal with climate. I’m going off to COP26 in Scotland, and - in, I don’t know, I guess it’s two weeks or a week. I - I’m losing track of time. And - and I’m presenting a commitment to the world that we will, in fact, get to net-zero emissions on electric power by 2035 and net-zero emissions across the board by 2050 or before. But we have to do so much between now and 2030 to demonstrate what we’re going to - that we’re going to do,” he added.

Biden also voiced the possibility of creating tax incentives to achieve the goals of the climate agenda and address environmental issues.