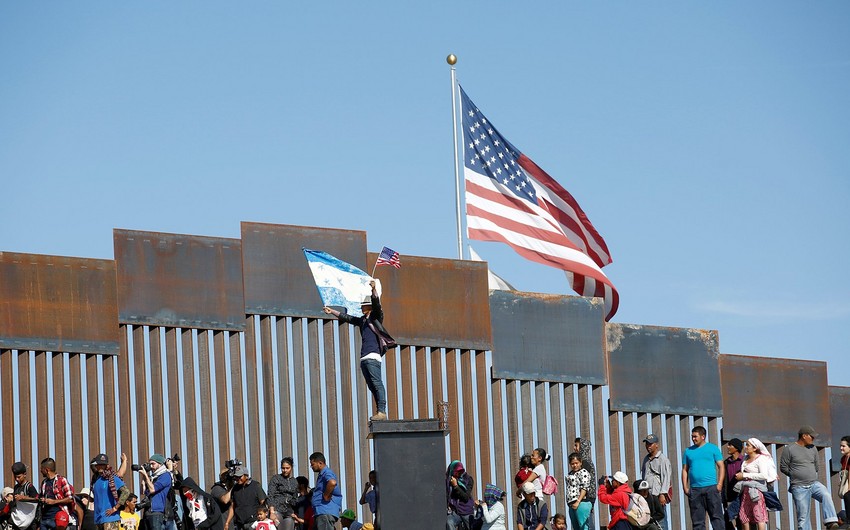 Asylum seekers looking to enter the US from its southern border will again be sent to Mexico while their claims are assessed, with the Biden administration announcing the reinstatement of the controversial “Remain in Mexico” policy on December 2, Report informs referring to The Guardian.

The US and Mexican governments have agreed to a resumption of the program, put in place by Donald Trump in 2019, following its previous suspension by Joe Biden after he became president. It will initially begin in San Diego and in the Texas cities of Laredo, Brownsville and El Paso next week.

Biden had called the arrangement inhumane after it was used by Trump’s administration to return more than 60,000 asylum seekers across the border to Mexico, where they were often preyed upon by criminal gangs. Many people were left waiting for months in limbo in Mexico as their fate was determined.

Under the reinstated deal, single adult asylum seekers will be the primary focus of the removals, with those transferred offered Covid-19 vaccinations. Mexico will accept asylum seekers from Spanish-speaking countries, the Washington Post reported.

The US will aim to complete migrants’ claims within 180 days, amid fears they will be left to languish in Mexico. The US Department of Justice is assigning 22 immigration judges to work specifically on these cases.

Supporters of the system have claimed it will help reduce the flow of migrants into the US but advocates have argued that there is little evidence that this will happen and point to the often dire humanitarian situation the program has exacerbated on the border.