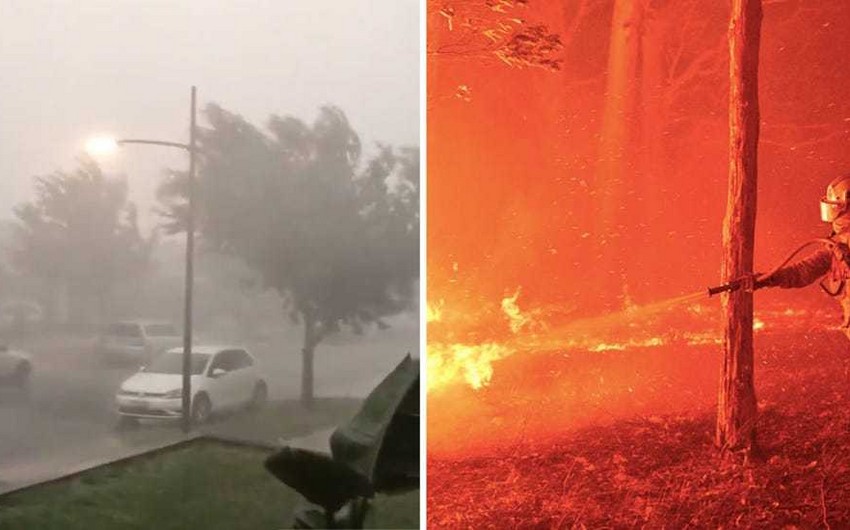 Australia's Queensland on the eastern coast of the country has been hit by torrential rain, Report says, citing RIA Novosti.

Bureau of Meteorology forecaster Kimba Wong said that the thunderstorms were a "one-in-100-year event".

In Queensland's southeast, roads have been cut off, theme parks have closed, and residents have taken to traveling the flooded streets by boat after a month's worth of rain fell in parts overnight./

New warnings have also been issued for severe thunderstorms developing over the northern Cape York Peninsula.

Queensland and New South Wales are reveling in the much-needed downpour – which has helped to ease conditions in some NSW fire grounds and provided relief to drought-stricken areas.

However, more than 2,000 homes remain without power in the state's south coast region after months of fires have devastated the area.

In Victoria, the wet weather has done little to ease the fire threat.