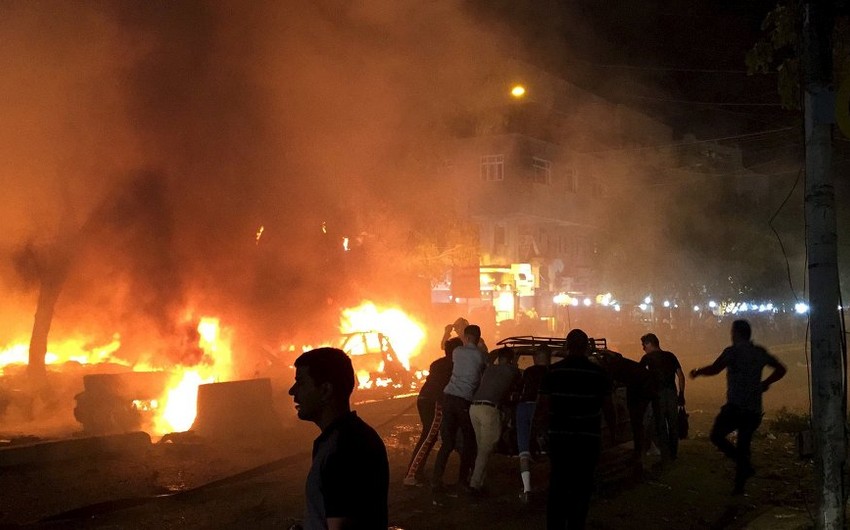 Bakı. 3 May. REPORT.AZ/ Just a few minutes separated the explosion of a suicide car near a crowded restaurants and a blast of the bomb in the neighborhood, the news outlet said, citing the local officials.

Report informs referring the information given by the SputnikNews, the attack comes after a series of car explosions hit Baghdad earlier in the week. On Monday two car blasts killed nine people. On Thursday, a wave of explosions claimed lives of 11 people and injuring at least 40.

Over 800 people were killed and more than 1,700 were injured in acts of terrorism, violence and armed conflict in Iraq in April, according to the latest UN Assistance Mission for Iraq estimates. Baghdad was the worst affected region, with over a half of the civilian casualties.