Annegret Kramp-Karrenbauer may become German Chancellor ahead of schedule 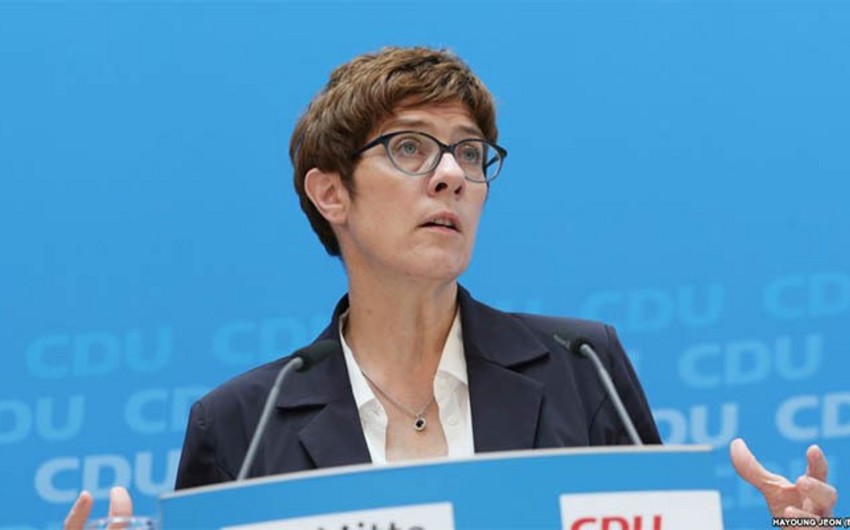 Baku. 12 December. REPORT.AZ/ The German Christian Democratic Union (CDU) is exploring the possibility that Angela Merkel will transfer the powers of the Chancellor to the new leader of the Conservatives Annegret Kramp-Karrenbauer until 2021, Report informs citing German newspaper Bild.

The publication notes that next year the Social Democratic Party of Germany (SPD) may take the fourth place after the CDU, the Greens and the Alternatives for Germany in the elections to the European Parliament and in three East German lands (Brandenburg, Saxony, Thuringia). If the situation develops in such a way that is highly likely, then there will be a change of power in the SPD and the party will leave the coalition. Many members of the Social Democratic Party of Germany link the drop in ratings with participation in the government of Germany.

The leadership of the Christian Democrats in this case plans to create a minority government with Kramp-Carrenbauer as chancellor. Earlier, the Free Democratic Party (FDP) and the Greens hinted that they were ready to support this option.

Earlier it was reported that Annegret Kramp-Karrenbauer was elected Chairman of the Christian Democratic Union (CDU) instead of German Chancellor Angela Merkel.