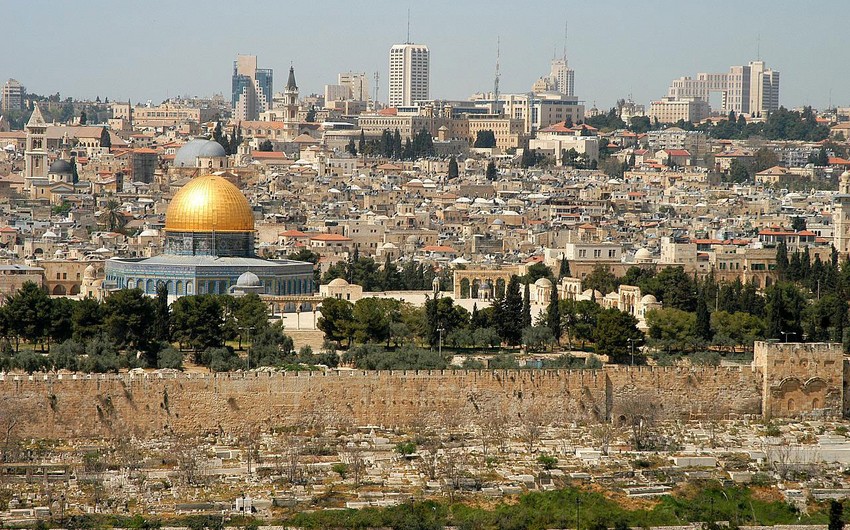 Baku. 15 October. REPORT.AZ/ Israeli ambassador to Azerbaijan Daniel Stav and Ambassador of the State of Palestine to Azerbaijan Nasser Abdul Karim commented on the current escalation of violence in Jerusalem.

As Report was told by Israel's Ambassador to Azerbaijan Daniel Stav, the recent series of attacks against Israelis (which resulted in 7 dead and 92 injured persons) is the direct result of incitement by radical Islamist and terrorist elements, calling Palestinians to murder Jews."

D.Stav noted that, Israel is making every effort to restore calm and guarantee freedom of worship in Jerusalem for members of all faiths. According to him, over the past year there were 4 million entries by Muslims to Temple Mount: "Israel is strongly committed to maintaining Status Quo on the Temple Mount. Israel is committed to a two states for two peoples solution and ready to immediately resume direct peace negotiations with the Palestinians."

Ambassador of the State of Palestine to Azerbaijan Nasser Abdul Karim, in turn, told Report that, the Palestinian government is making efforts to reduce violence and prevent an open war. At the same time, he accused the Israeli authorities that, the country protects the Israelis, is located in the Palestinian territories, and every day commit terror against the citizens of Palestine: "What is happening in Palestine is a result of the continuation of the tragedy, a sense of hopelessness, continuing with the occupation Israel of Palestinian land. All this is fueled by the visit of some ministers radical right-wing government to Al-Aqsa Mosque. In spite of the fact that Israel knows how special this place is for the Muslims."

Ambassador as a solution called the creation of a Palestinian state based on the borders of 1967, with its capital in Jerusalem (Quds), which will exist alongside Israel in peace and cooperation, thus putting an end to the occupation: "This requires that the international Community and support for Israel large countries have forced Israel to desist from it. It is strange that these countries present themselves as the guardians of international law and human rights, but when it comes to the issue related to Israel, do not pay attention, that strikes at their global reliability."

Palestinian Ambassador also commented on the statement by Israel that they are ready to start negotiations with the Palestinians: "Of course, we welcome it. We did not stop to call for negotiations based on the law."

Touching upon issue of Israel's readiness for peace talks with Palestine, he also stressed: "You mean some peace forces out of current government and the Israeli opposition here. Of course, we welcome that. We have not stopped urging to negotiations based on a clear legal references under the historical time frame. We said we wouldn't start negotiations with no results just for the sake of negotiations, and we will not get into this kind of situation that happened in the past twenty years. It is important to stress, we do not think that considering the background of the current racist, extreme right-wing Israeli government it will possible to reach an agreement with this government particularly as this government is represented by such "moderate" people as Netanyahu. He has openly claimed in front of everyone that he will prevent the creation of a Palestinian state while he is heading the government. He called the Palestinian-born citizens of Israel by a racist term of "herd".

The clashes on the Haram al Sharif (Temple Mount) in Jerusalem between Palestinian youth and Israeli police continued since last month. The Israeli authorities have restricted access to the Al-Aqsa mosque, and Israeli police admit it only men over 50 years. According to media reports, during this time death toll of worsening Arab-Israeli conflict resulted killing 39 people.