8 injured as train derails during rush hour in Hong Kong 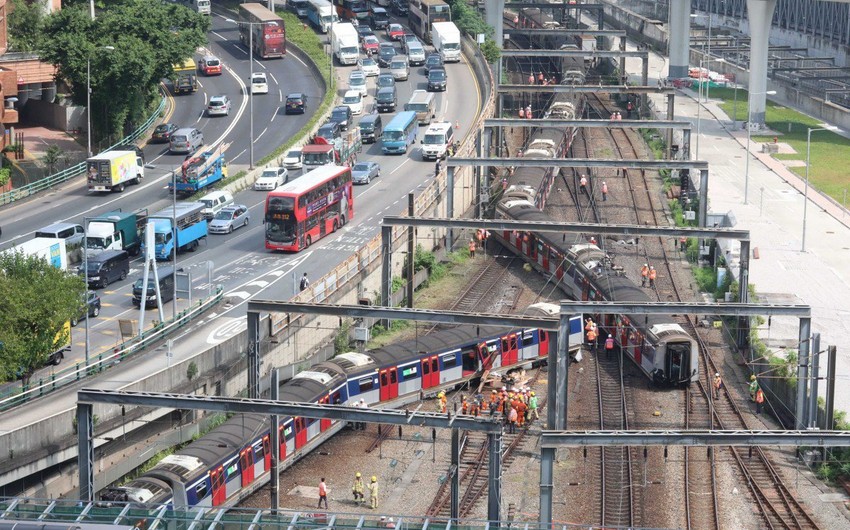 Eight people were injured as a result of metro train derailment in Hong Kong.

Report informs citing RIA Novosti that the incident occurred on Tuesday morning near the station Hung Hom, which led to a partial suspension of trains on this branch of the metro.

Passengers had to leave the train through a broken door and cross tracks on the East Rail line to make their way to safety.

The incident occurred at the interchange of the ways, where repair works were previously held. No suspicious or foreign objects were found on the tracks.