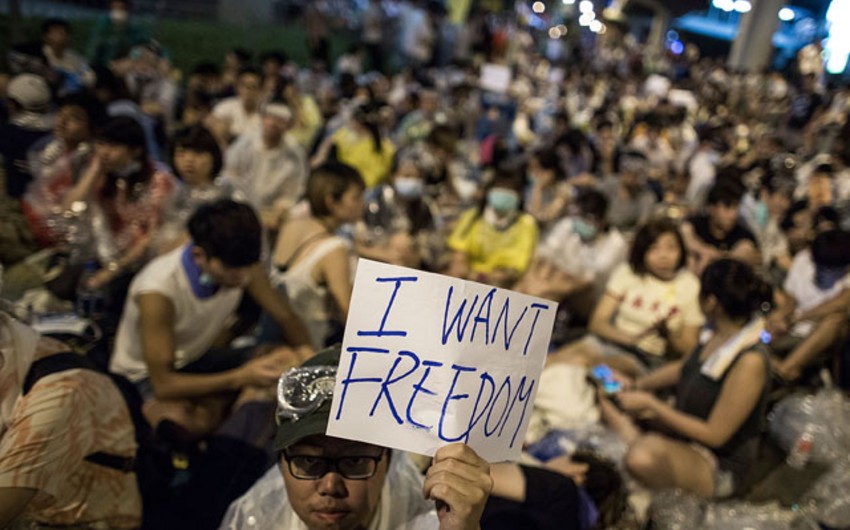 Baku. 29 September. REPORT.AZ/ 40 people suffered in clashes between the residents and police in Hong Kong.

Report informs citing Air Force, a riot broke out due to the fact that the opposition-minded citizens were demanding direct elections of local government leadership, previously appointed by the Beijing-controlled electoral college.

On Sunday thousands of protesters in Hong Kong conducted a so-called sit-in, blocking the business center of the metropolis, where the administrative buildings are situated.

This protest action was organized by the Occupy Central movement, aimed at democratization of the election in Hong Kong. China has blocked the country's service for downloading pictures and Instagram hash tag of Occupy Central's account.