39 injured, including 7 in heavy condition in strong quake in Japan

39 injured, including 7 in heavy condition in strong quake in Japan The 6.8-point earthquake has jolted Japan on Saturday evening 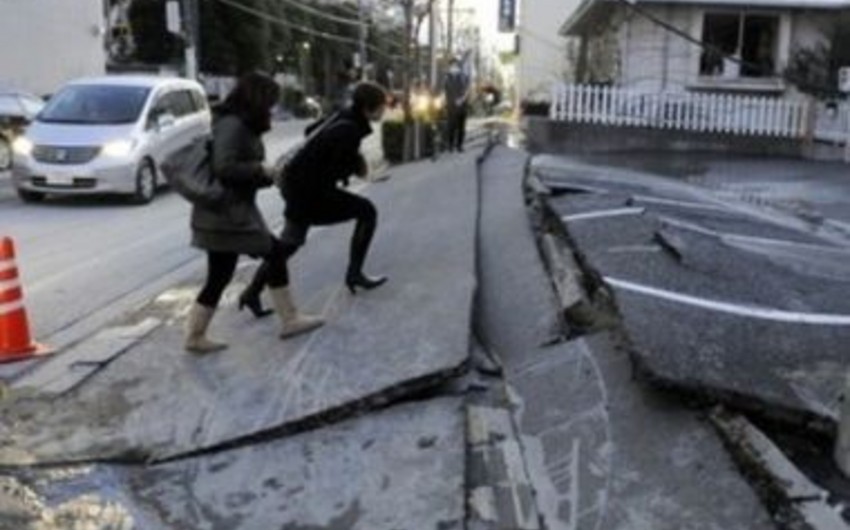 Baku. 23 November. REPORT.AZ/ Japanese police have changed reports on the number of those injured in a 6.8-point earthquake which rocked the country on Saturday stating about 39 those injured now. Seven are in heavy condition, the Japanese main police department said.

Local law enforcement agencies have earlier reported about 57 injured in the tremors.

A strong earthquake has jolted Japan on Saturday evening. The earthquake’s epicentre nested at a depth of ten kilometres in Nagano Prefecture, the domestic weather-forecasting service said. No tsunami threat was announced.

A devastating earthquake also did not activate volcano Ontake located near Nagano Prefecture, eruption of which claimed more than 50 lives in September. No suspicious changes were fixed in the condition of volcano.

The natural disaster has ruined several houses in town Hakuba, Nagano Prefecture, located at the foothills of so-called Japanese Alps, a famous highland ski resort. Rescuers working in the earthquake area succeeded to recover all those trapped under debris and their lives are not in danger. Twenty-one were saved, two of them had got slight injuries.

The country’s Ground Self-Defence Force units were dispatched in the earthquake-hit region to participate in rescue operations.