33 people died in anime studio fire in Kyoto, the search for victims has been finalised, NHK reports citing the city fire fighting service. At least 36 more suffered, with ten of them in critical state. Seven people did not sustain any injuries.

A man started a fire at a Kyoto animation studio after spraying a liquid there Thursday morning, leaving multiple people dead and nearly 40 others injured, Report informs the Kyodo which referred to local police and rescuers.

About 10 people were found lying unconscious on the second floor and were presumed dead, according to the police.

The 41-year-old man who is believed to have set the fire was among the injured and has been taken to a hospital, the police said. 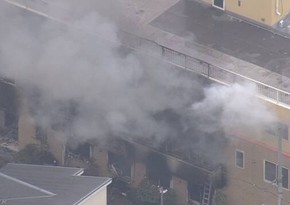