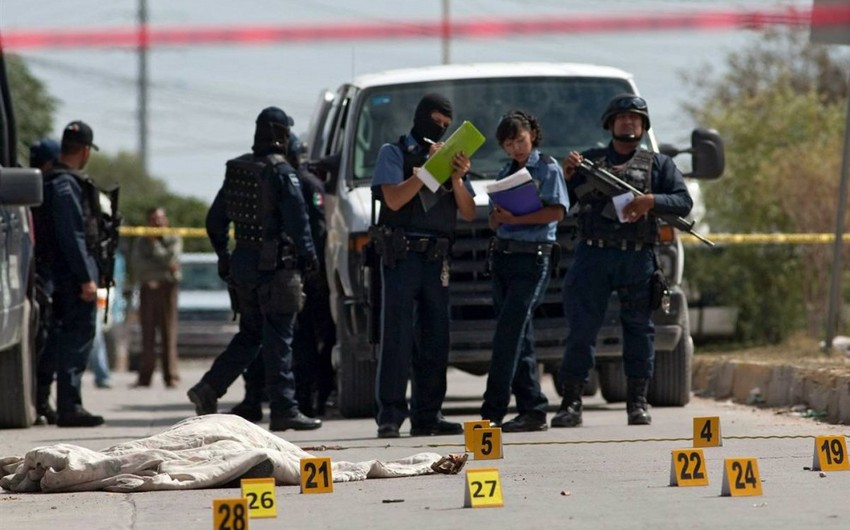 Baku. 16 February. REPORT.AZ/ Prosecutors say the killing of 13 people along a roadside in northern Mexico was the result of a fight between rival gangs, Report informs referring to the Associated Press.

The chief prosecutor of the northern state of Sinaloa says that over 400 bullets were fired at the scene near the border with the neighboring state of Durango.

Prosecutor Marco Antonio Higuera said Monday that two people had been arrested in connection with the Saturday killings.

Officials originally said the dead included four women and nine men, but Higuera said there were five women and eight men, none of whom were armed. Two witnesses survived the killings.

At least one of the dead men was believed to be a relative of a local crime boss.

Higuera said, “That was the motive, the rivalry and confrontation between criminals.”