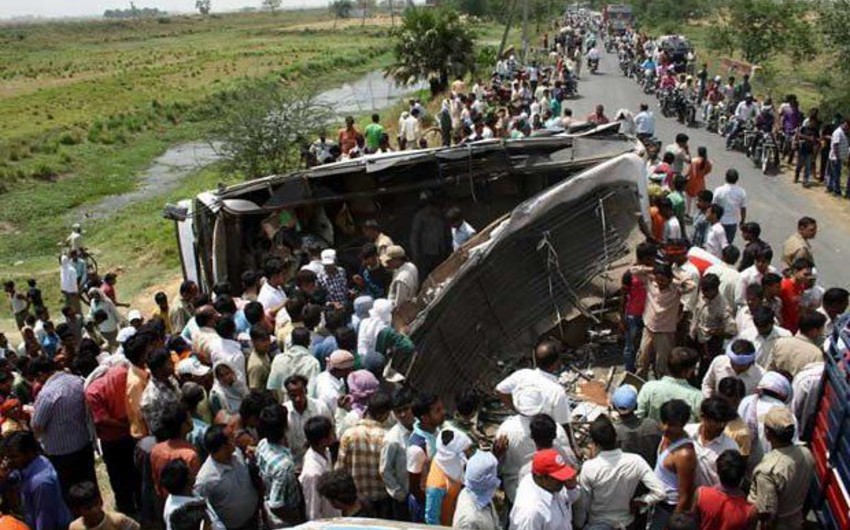 Baku. 17 October. REPORT.AZ/ Thirteen people, including three children, were killed and about 30 others sustained injuries on Saturday when a mini truck carrying a marriage party collided with a bus near Kandukur town in Prakasam district of Andhra Pradesh, India.

Report informs referring to TASS, the police said a mini truck carrying a marriage party coming from Kandukur collided with the bus coming from the opposite direction.

“All 13 people in the mini truck died on the spot. The bus caught fire after the collision.

The driver and his assistant fled from the scene. There were no passengers in the bus. The injured were admitted to hospital in Ongole,” inspector of police (Kandukur) Lakshman told PTI.

The mini truck was carrying 40 passengers. Fire tenders were pressed into service to douse the flames.