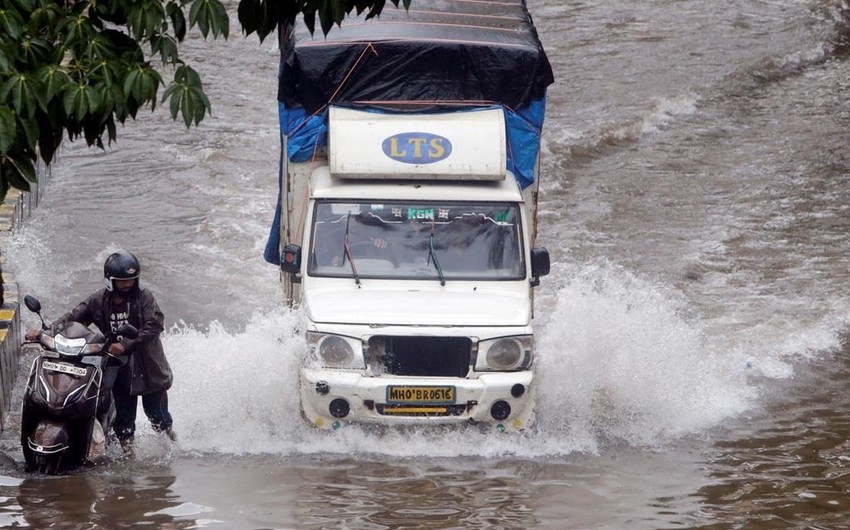 At least 11 people have been killed after heavy rains and floods in India's western city of Pune, Maharashtra, that was subjected to powerful monsoon rains, Report informs citing RIA Novosti.

According to Maharashtra Devendra, “state authorities are providing all possible assistance needed to prevent a further increase in casualties”.

Several people have been carried away by mudslides in Shivapur district, and several others remain under the rubble of the collapsed wall of a residential building. The wall of a house collapsed in another part of the metropolis, which resulted in the death of six citizens. At present, a rescue operation is underway.

Due to numerous incidents, authorities in the Indian region instructed to cancel classes at school and collages. Affected residents of large cities and villages are evacuated to safe areas.