President: There is high morale in all our military units and formations 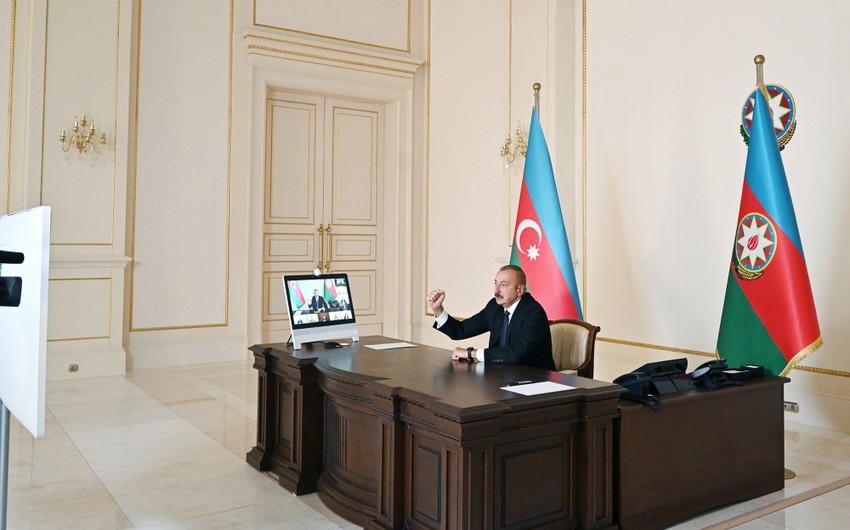 "There is high morale in all our military units and formations. At the same time, the number of volunteers enlisted in our army has reached tens of thousands. This shows the commitment of our people to their state," said President of Azerbaijan and Commander-in-Chief of the Armed Forces Ilham Aliyev at a meeting of the Security Council, Report says.

Emphasizing that Nagorno-Karabakh is a national issue for Azerbaijan, the head of state said: "The settlement of the Nagorno-Karabakh issue is our historical task. I have said this many times, and I want to reiterate today that we must resolve this issue to satisfy the people of Azerbaijan. We must resolve this so that historical justice can be restored. We must do so to restore the territorial integrity of Azerbaijan."

I have said that we do not need an incomplete solution to this issue to this conflict. We are on our lands. We have no claims to the lands of other countries. But we will not give our lands to anyone either. We will never allow for the creation of a second so-called Armenian state on Azerbaijani soil. We will never allow that, and today's events are showing that again."