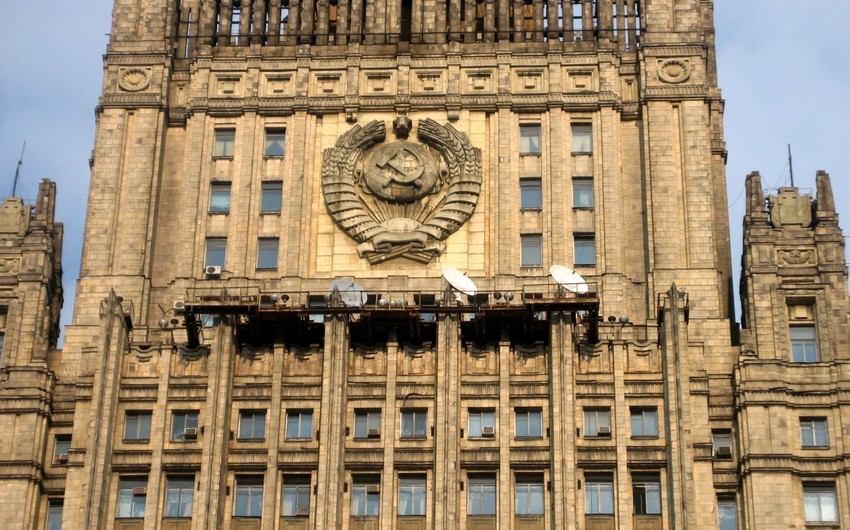 Russia continues to play an active role in mediation efforts to resolve the conflict.

Report informs, it is said in a statement by the Russian Foreign Ministry in connection with the expected official visit of Foreign Minister Sergei Lavrov to Armenia on November 10-11.

"Assistance to the parties in the Nagorno-Karabakh settlement is among the Russian foreign policy priorities and is in the focus of attention of the Russian President”, - the ministry said in a statement.

The ministry expressed firm conviction that the settlement of the conflict should be carried out "exclusively by political and diplomatic means, through dialogue between the parties."

"We believe that if there is political will, diplomatic efforts will sooner or later allow us to move forward and come to a compromise," the statement said.

The ministry also noted that Russia, for its part, intends to help achieve a settlement, both as part of the co-chairs of the OSCE Minsk Group, "and in a national capacity, taking into account our close relations with Armenia and Azerbaijan."