Azerbaijani serviceman shooting down Armenian helicopter:"Helicopters were firing on our positions"

Azerbaijani serviceman shooting down Armenian helicopter:"Helicopters were firing on our positions" "I immediately took aim at the helicopter flying back and pulled the trigger"
2245 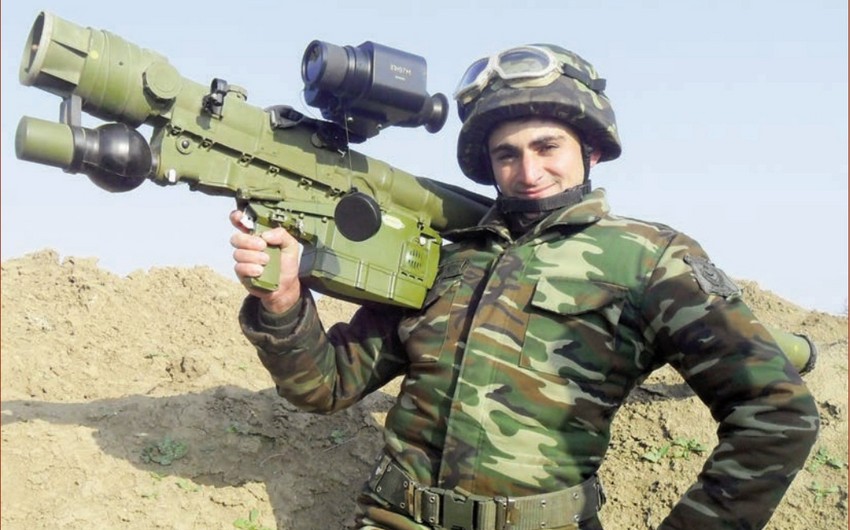 Baku. 19 November. REPORT.AZ/ "I stood on the start position. First, we heard the sounds of the enemy's helicopters from far away. Then we observed black spots of the targets in binoculars. We saw that two Mi-24 helicopters were flying towards us. We were ordered to destroy the target if they enter the defense area of the military units and violate the air defense," the active military serviceman, commander of the unit Ilkin Muradov said it in his interview with "Azerbaijan Ordusu" (Azerbaijani Army") newspaper, Report informs.

"The helicopters fired on our positions and shot by approaching our trenches. The fighters on the front defense fired on the enemy's helicopters with arms and machine guns and then they took the left direction. I immediately took aim at the helicopter flying behind the first one and pulled the trigger," I. Muradov added.