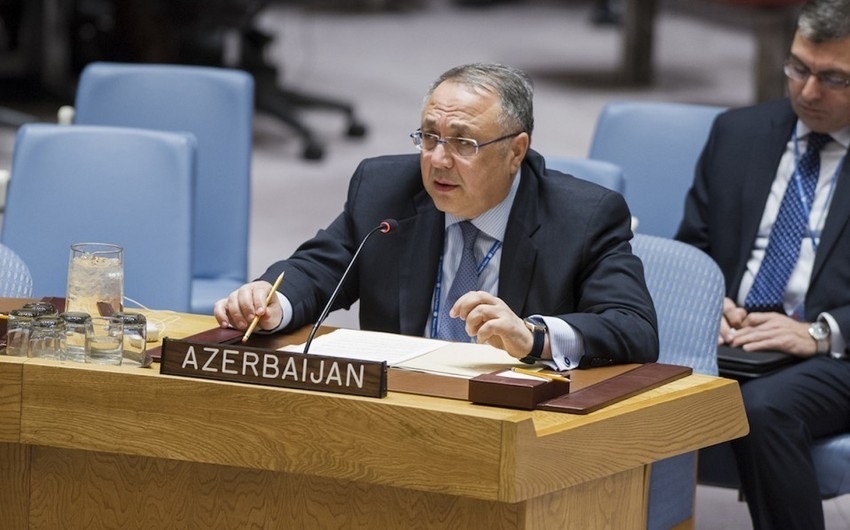 The key requirements of the UN Security Council regarding the settlement, including the withdrawal of the occupying forces, have not yet been fulfilled, Report informs citing the Permanent Representative of Azerbaijan to the UN Yashar Aliyev said at the UN General Assembly in New York.

According to him, Armenia is trying to blur the importance of the resolutions, hindering the process of resolving the conflict and trying to strengthen the status quo.

"The international community must insist on the implementation of UN Security Council resolutions relating to the conflict in Nagorno-Karabakh, and on strict compliance by Armenia with its international obligations," Aliyev said.

He noted that Armenia does not comply with the UN Charter, and Azerbaijan’s positions on Nagorno-Karabakh are reflected in documents submitted by the Security Council and the UN General Assembly.

The Permanent Representative emphasized that Nagorno-Karabakh and seven surrounding areas are under the occupation of Armenia, which is inconsistent with international law.