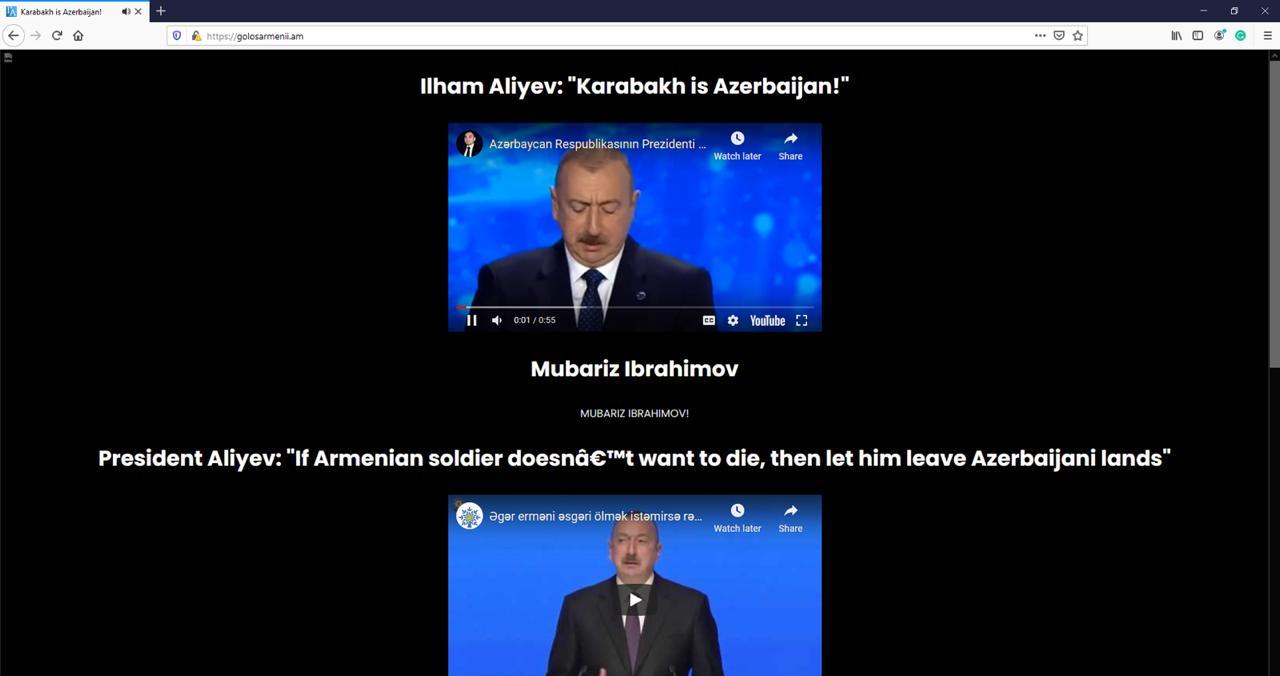 Azerbaijani hackers have destroyed the Voice of Armenia, www.golosarmenii.am, which is one of the most-watched media resources in Armenia, Report says.

The hackers also posted quotes of President Ilham Aliyev "Karabakh is Azerbaijan and exclamation mark," "If an Armenian soldier does not want to die, go away from Azerbaijani territory."

Notably, since yesterday, Azerbaijani hackers have attacked more than 60 Armenian websites, including the official website of the Prime Minister of Armenia https://www.primeminister.am/ and the site of the Armenian government gov.am, and posted the statements as mentioned above of the President of Azerbaijan.