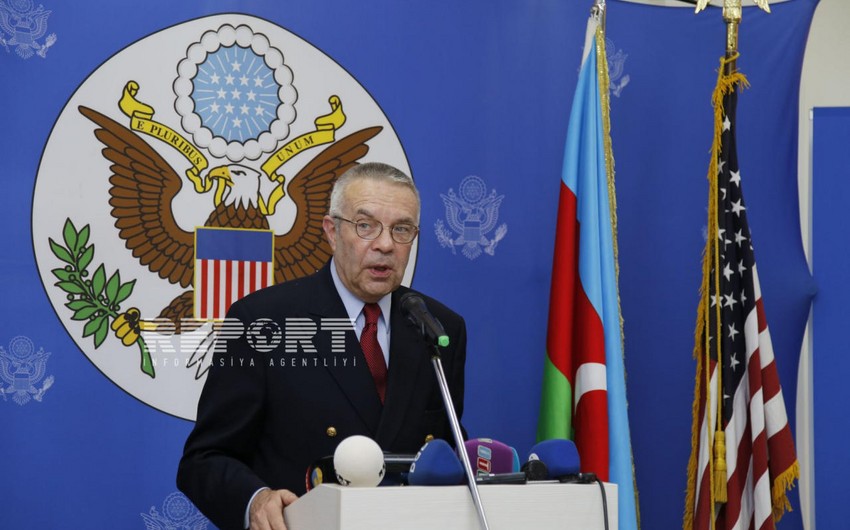 "The use of force took place not on the line of contact but on Armenia's border with Azerbaijan.
Why this has happened now is the main question that has not yet been answered. "

Report informs, Ambassador Richard Hoagland, former US interim co-chair of the OSCE Minsk Group, said in an interview with Voice of America, commenting on the recent escalation on the Armenian-Azerbaijani border.
Hoagland noted that he had an informal conversation with the personal representative of the OSCE chairman, Andrzej Kasprzyk. "At the moment, they cannot carry out an observation mission in the zone of tension. The Minsk Group has made great efforts to reduce tensions and return to the status quo. But I have a feeling that, unfortunately, it is unable to resolve the issue," Hoagland said.

According to him, even with the best intentions, with the full support of the parties involved and such a big party as Russia, the Minsk Group cannot cope with its task. Therefore, he believes that the UN should actively join the process: "I think that the issue should become a UN problem. The only way is to leave Nagorno-Karabakh under the protectorate of the organization for an indefinite period. And in the future, years later, when, perhaps, emotions have cooled down, both sides will be able to express their desires for the future under the leadership of the UN, "the ambassador concluded.

At the same time, Hoagland noted the need to resolve the conflict based on 4 UN Security Council resolutions on the Karabakh issue, the so-called Madrid principles, which offer some solutions.
Referring to Russia's role in settlement of the Karabakh conflict, Hoagland said if Russia wanted to resolve this conflict, it would probably take more active steps in this direction. At the same time, it is evident that Russia and Armenia are allies, which also affects the Karabakh settlement.

"Of course, we all know that Azerbaijan and Turkey are close allies, but Armenia and Russia are also allies. Other actors in the region may benefit from this situation. "