26 years passed since occupation of Qubadli region by Armenians 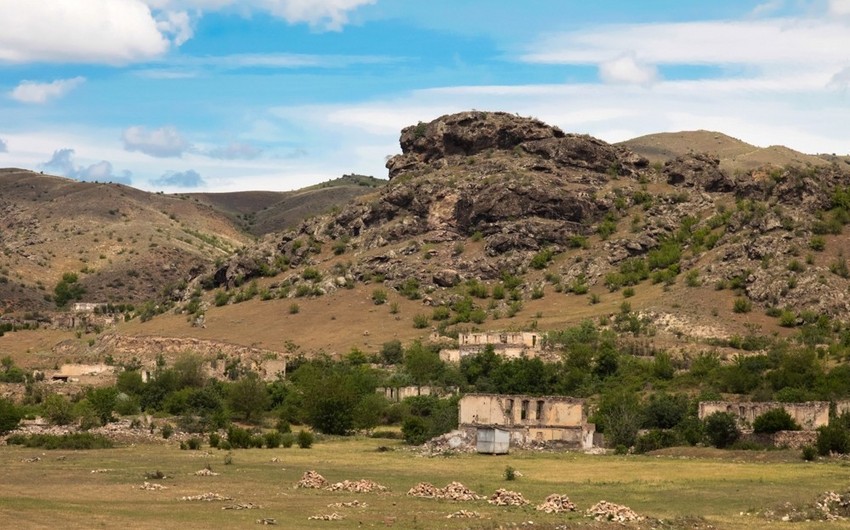 26 years have passed from the invasion of Qubadli region, Report informs.

Qubadli region which has the area of 80250 ha was captured by Armenian aggressors on August 31, 1993. 283 volunteers heroically died during the defense of the region, and seven of them have been awarded the title of National Hero of Azerbaijan.

The region holds rich subsoil resources and mysterious natural beauty, and is situated between Mount Zangazur and Nagorno Karabakh mountain range. It was established in 1933 as an administrative unit.

Formerly 13160 ha state forest fund consisting of various trees existed in the territory of the region. More than 10 big diameter trees aged between 150-1600 composed of rare species were protected as nature monuments erstwhile. Furthermore numerous endangered animal and bird species were preserved in the Qubadli State Sanctuary that is located in 1600 m height above sea level, has 20 thousand ha area, and possesses abundant flora and fauna.

Forests encompassing vast areas and consisting of precious tree species, subsoil resources with great deal of reserves, water sources full of mineral substances in the area of the region were exploited, and enigmatic nature corners distinguished with extraordinary flora and fauna were destroyed and quelled by the Armenian invadors.