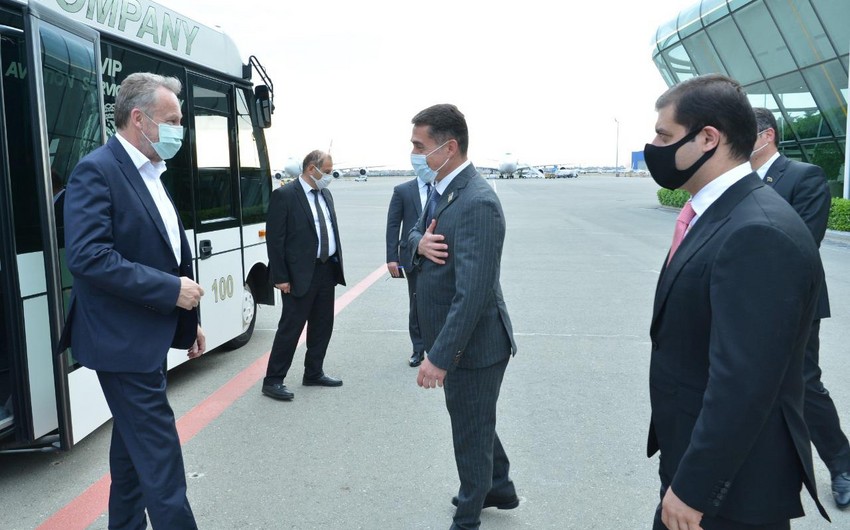 A delegation led by Bakir Izetbegović, President of the Party of Democratic Action (SDA) and member of the House of Peoples at the Parliamentary Assembly of Bosnia and Herzegovina, paid an official visit to Azerbaijan on June 8.

Report informs, citing the parliament, that First Vice-Speaker Ali Huseynli, head of Working Group for interparliamentary relations with Bosnia and Herzegovina Mazahir Afandiyev and other officials welcomed the guests at the Heydar Aliyev International Airport.

The parliamentary delegation of Bosnia and Herzegovina will hold some meetings with Azerbaijani officials and exchange views on mutual interests issues.

The visit will end on June 10.