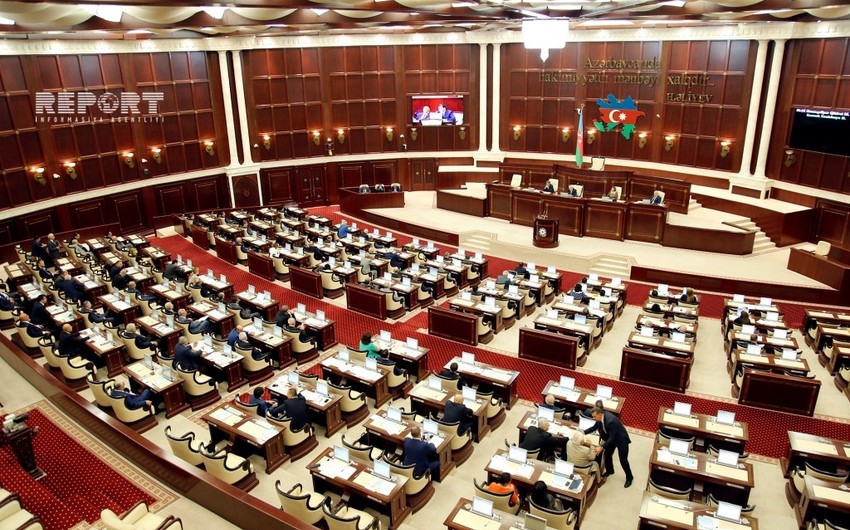 Baku. 29 December. REPORT.AZ/ The autumn session of  Milli Majlis (Azerbaijani Parliament) has come to an end.

They were draft amendments to the laws "On the status of municipalities", "On municipal lands management", "On entrepreneurial activities", "On tourism", "On traffic", "On civil service", "On banks", "On consent to the placement of the platoons of the Armed Forces of the Republic of Azerbaijan in the structure of battalion of the Turkish Armed Forces and under the general command of the NATO structures in Afghanistan and participation in corresponding operations" and other laws, including to the Customs and Migration Codes.

In addition, the draft law "On Armed Forces of the Republic of Azerbaijan" will be discussed at the third-final reading and draft law "On Appointment of Judge of the Supreme Court of Nakhchivan Autonomous Republic" will be considered.

In the end, statement of Milli Majlis was adopted on the World Azerbaijanis Solidarity Day.

Parliament chairman Ogtay Asadov has made a report. Then he announced ending of the autumn session. At the end, the national anthem of Azerbaijan was played.

Thus, lawmakers went on vacation. The vacation will end on January 15.