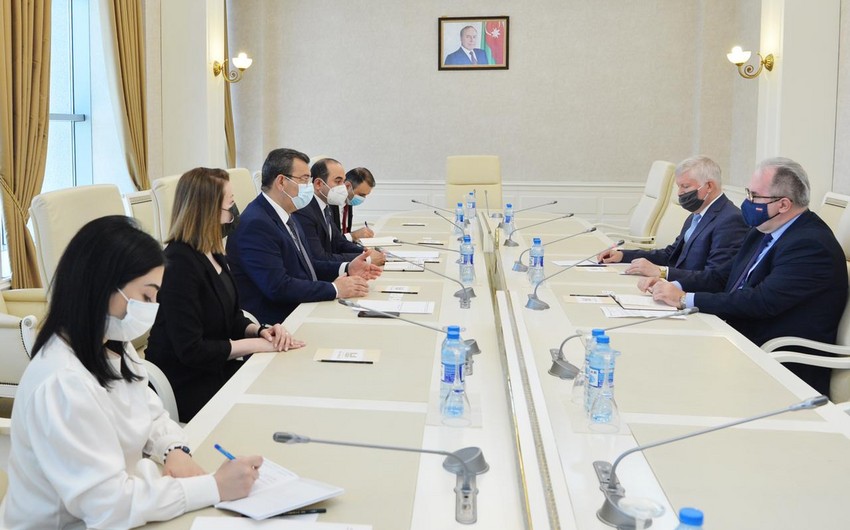 Chairman of the Parliamentary Committee on International Relations and Interparliamentary Relations Samad Seyidov met with Latvian Ambassador to Azerbaijan Dainis Garančs and head of the Baku office of the Estonian Embassy Andrei Valentinov.

Report informs, citing Milli Majlis, that touching upon the historical ties between the two countries, the committee chairman stressed the importance of establishing closer relations with the parliamentarians of the Baltic states, organizing mutual official visits, intensifying information exchange, and reviving bilateral dialogue. He spoke about Azerbaijan's cooperation with Latvian and Estonian counterparts within the international organizations, including the European Parliament.

Samad Seyidov noted that Azerbaijan liberated its lands from occupation, thereby forming new realities in the region. He said some European countries ignore the existing fact and demonstrate a biased position on the demarcation of borders yielding to Armenia's provocative statements.

Latvian Ambassador to Azerbaijan Dainis Garanjs praised the cooperation at the parliamentary level. He noted that despite the pandemic, Latvia and Azerbaijan continue relations, including in trade. The diplomat informed about the planned visit of Latvian MPs to Azerbaijan in the coming months and other issues.

During the conversation, Ambassador Dainis Garanjs confirmed that he had witnessed the devastation committed by Armenia during the years of occupation of Azerbaijani lands. The Ambassador also added that they were pleased with Azerbaijan's determination to maintain peace and stability in the region.

The head of the Working Group for the Azerbaijani-Estonian Interparliamentary Relations Jala Ahmadova, and the head of the Azerbaijani-Latvian working group on interparliamentary relations Kamran Bayramov shared their views on the prospects of cooperation. They stressed the importance of promoting the truth about Azerbaijan in Europe and providing the relevant authorities with information reflecting the objective situation in the region. The guests were informed that Azerbaijan wants peace in the world and the region. Establishing normal relations with Azerbaijan will be to the benefit of Armenia.

Speaking later, Andrey Valentinov, head of the Baku office of the Estonian embassy, described the meeting as very interesting and helpful. He shared his views on the future of friendly and cooperative relations between our parliaments. 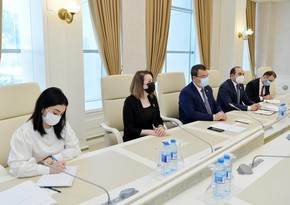 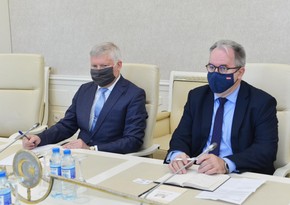