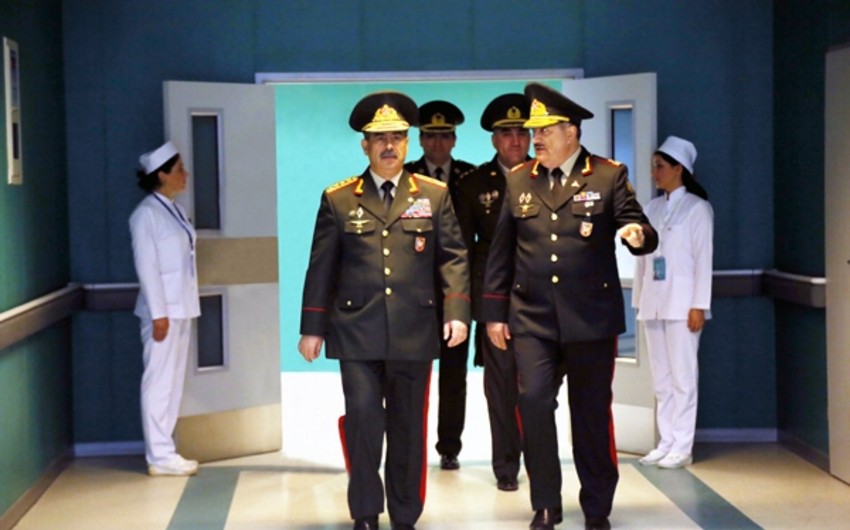 Baku. 24 November. REPORT.AZ/ On November 24, Defense Minister, Colonel General Zakir Hasanov participated at the final meeting of the leadership of medical service, which was held in the Main Clinical Hospital of the Armed Forces.

After reporting to the Defense Minister on the state of combat readiness of military personnel, improvement of social and living conditions, as well as equipping military medical facilities with modern equipment, Chief of the Medical Department of the Ministry of Defence, Major General Natig Aliyev stressed that state and the army leadership focus their attention on improving the diagnosis and treatment process, organization of health care for military personnel and their families in accordance with modern standards.

Defense Minister stressed that the country's leadership and personally President, Supreme Commander-in-Chief Ilham Aliyev pay great attention to the large construction works carried out to enhance the combat capability of the Armed Forces.

Following the presentation of the medals to a group of distinguished officers, Defence Minister got acquainted with the new building of Forensic Medical Examination and Pathological Anatomy Center built in the territory of Central Clinical Hospital of the Armed Forces. 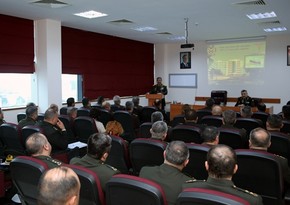 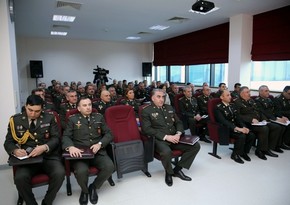 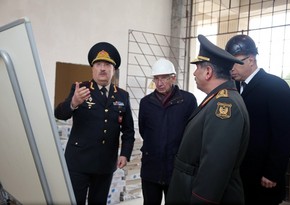 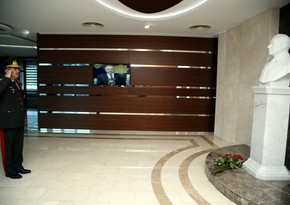