Zakir Hasanov gives specific instructions to commanders to cause enemy most serious losses Board of MoD: Supreme Commander-in-Chief’s opinions stressed in UN are order for Army 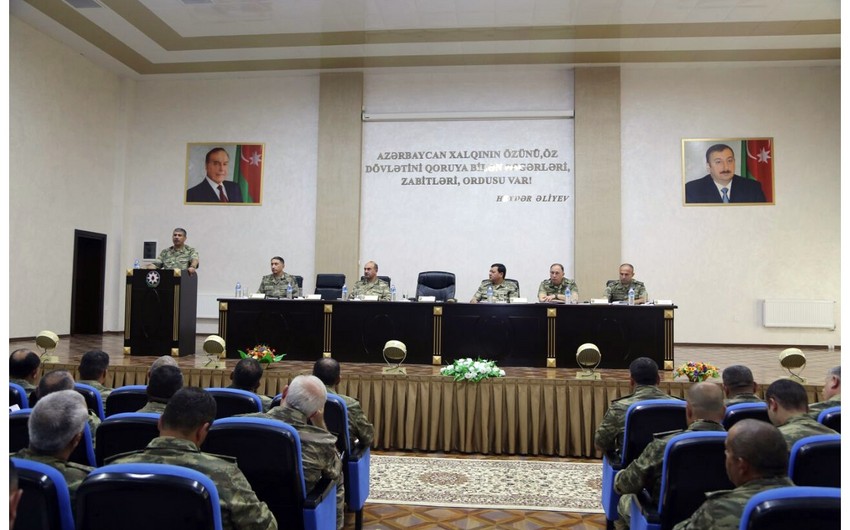 Baku. 21 September. REPORT.AZ/ An extended meeting of the Board of the Ministry of Defence devoted to combat and moral-psychological training, as well as the results of large-scale exercises, was held in the frontline zone, with the participation of the leadership of the ministry, the commanders of the formations, their deputies, the heads of military institutes, as well as other officers in charge. The reports of military officers have been heard at the meeting.

Minister of Defense Colonel General Zakir Hasanov made a report on "Results of combat activities of the Armed Forces during the winter training period of 2017". Summing up the results of the exercises, the Minister of Defense emphasized that all the goals and tasks set in the exercises held in accordance with the plan approved by the President of the Republic of Azerbaijan, Supreme Commander-in-Chief of the Armed Forces Ilham Aliyev, were successfully achieved and fulfilled.

Highly appreciating the combativeness and moral-psychological training of military personnel, the Minister of Defense stressed the importance of the exercises and brought to the command personnel’s attention the relevant tasks assigned by the Supreme Commander-in-Chief to the Armed Forces.

The Minister of Defense particularly drew the attention of the meeting participants to the speech of the President of the Republic of Azerbaijan Ilham Aliyev at the 72nd session of the UN General Assembly in which he touched upon a war crime of the Armenian armed forces on the line of contact and the liberation of part of the territory as a result of a successful counterattack of our Army units and other issues he noted. The Minister stressed that the Armed Forces should be guided in daily activities by the topics touched upon by the President in his speech.

Colonel General Z. Hasanov noted that the Supreme Commander-in-Chief's opinion expressed in connection with the Nagorno-Karabakh conflict is a task for the Army and a direct order for all the military personnel. The Armed Forces of Azerbaijan are equipped with the most modern and high-quality weapons and equipment. This is the highest attention paid to the Army by the Supreme Commander-in-Chief.

Touching upon the current situation in the frontline zone, the Defense Minister gave specific instructions to the commanders of the formations, stationed on the foremost defense line, to be constantly ready for the most active battles, not to give a moment of respite to the enemy, to keep under constant control enemy's activities, to preempt and decisively suppress any enemy actions with causing him the most serious losses.

The relevant decisions were made on the issues under discussion following the meeting of the Board. 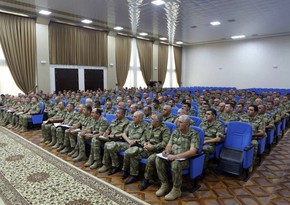